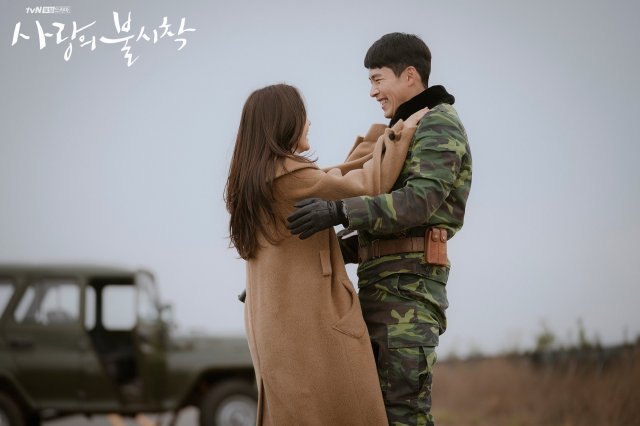 The decision to push back the broadcast was made owing to frigid conditions at the shooting locations, and concerns to protect the health and safety of the cast and crew.

"Crash Landing on You" has proven to be a solid success for tvN, with staying power that has outlasted the hype of casting Hyun Bin and Son Ye-jin as the lead characters. "Crash Landing on You" deals with a South Korean heiress who paraglides into North Korea by accident, and becomes romantically entangled with a North Korean soldier as they struggle with trying to figure out how to get her out of the country.

"[HanCinema's News] "Crash Landing on You" to Take a Break This Week"
by HanCinema is licensed under a Creative Commons Attribution-Share Alike 3.0 Unported License.