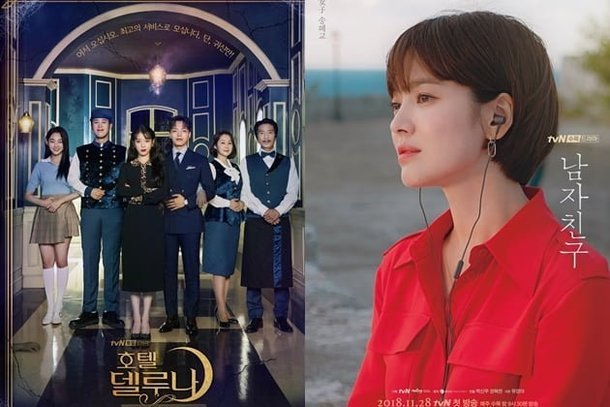 Human Art, the company responsible for the set team on "Hotel Del Luna", has been under attack for failing to pay back wages. On social media a person claiming to have worked for the set team in "Encounter" has said that employees are still owed approximately two hundred thousand dollars for work done on that drama.

According to the employee in question the issue has been outstanding since last November. The employee stated that though they wanted to work on "Encounter" through to the end, the exploitation made it so that they had to leave in early January. According to the employee this is not the first time Human Art has indefinitely pushed off paying employees, and that they had acted similarly in relation to the production of an earlier web drama.

The employee also stated that they made a complaint to the Ministry of Employment and Labor in March, and that this inspired a response from Human Art. Kakao chat logs show a representative from Human Art offering to pay out the existing claims at an undefined period over March and April if the employee retracted their complaint without giving specific dates. According to the employee, after refusing this illegal deal, Human Art proceeded to deliberately push back their payday even further.

In a matter of further urgency the employee describes a co-worker who hasn't been paid who was diagnosed with a rare disease back in April. Though this person can't work and needs the money immediately for medicine, even in these circumstances Human Art has intentionally avoided paying the crew for the work they did.

CJ E&M is claiming that they bear no responsibility for the situation, as they have fulfilled their own contracts to the companies they directly contracted with. However, CJ E&M's tendency to contract with organizations that run afoul of labor laws is not a good look for them. They are already facing pressure over how the staff of "Arthdal Chronicles" was overworked in defiance of labor laws.