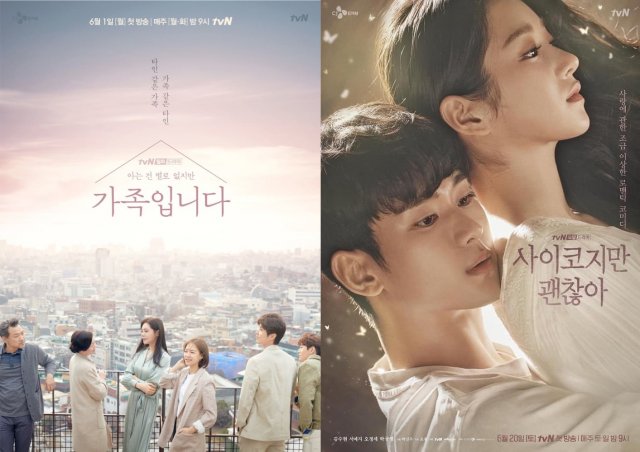 Following the poor performance of "A Piece of Your Mind" and the ongoing disappointment of "Oh My Baby" in the ratings, tvN appears to be reworking its concept with its current dramas that focus more on characters than premises. This shift could first be noted with "My Unfamiliar Family", which opened earlier this month with 3.1% ratings and has since climbed up to 4.7% ratings.

"My Unfamiliar Family" is a difficult drama to describe. The premise revolves around a patriarch who has temporarily lost his long-term memory and has briefly reverted to his cheerful newlywed self, rather than the grouchy man his family is used to. But that's only one part of the story, as each of the various family members have been shown to possess alienating life experiences they have for various reasons kept secret from one another, and the emotional distance this has created.

Despite the seemingly lurid nature of the premise, ongoing events are treated with surprising emotional gravity, rather than the more soap opera style that might be expected. "My Unfamiliar Family" has particularly impressed viewers with its low-key introduction of one of the secondary characters as a homosexual. Societal implications are ignored in favor of those on the personal level.

This has also emerged as a major theme of "It's Okay to Not Be Okay", albeit it in very different fashion. The lead character played by Seo Ye-ji is a literal psychopath, who flatly considers her own sense of personal amusement to be more important than the comfort or health of other nearby characters. Instead of making light of her mental condition, "It's Okay to Not Be Okay" has treated it as functionally permanent, making her suitability as a romantic heroine difficult to grasp.

At the same time the elder brother of the character played by Kim Soo-hyun is autistic, which enters into its own set of interpersonal conflicts. While "It's Okay to Not Be Okay" experienced a sharp ratings drop from its first to second episode, the drama has attracted strong positive attention for its performances, themes, and visual style. Such storytelling may allow tvN to claim solid audiences, if not outstanding ones, for those invested in its characters.