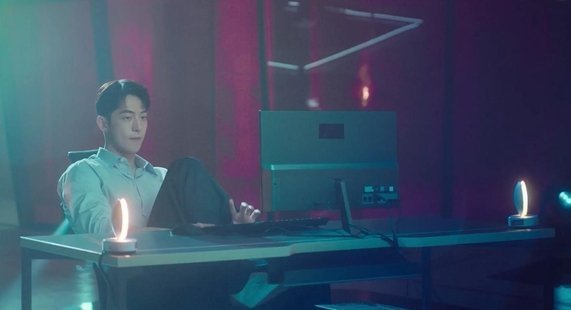 While explicitly glamorous or egregious product placement often catches the most attention the furniture company has managed a subtle coup by managing to largely seamlessly get its products integrated into "Start Up". The youth coding romance centered around entrepreneurship does, after all, require much furniture due to the drama's business emphasis. And lead actor Nam Joo-hyuk provided a unique in for DESKER, as the furniture company's first contract model, a position he has held for four years.

DESKER's main claim to fame in the furniture business has been office furniture that allows for freedom of movement. Their products have names such as the motion desk, the plug-in form table, the computer desk, and the easy monitor bed. Several of the names of DESKER products also incorporate much English, with the intent of depicting such furniture as not just functional but stylish.

Even in terms of function DESKER has shown that its products have quite a bit of variety. YouTubers, designers, and webtoon artists are among those shown using the furniture in "Start Up" and much emphasis is made in the drama of the importance of working environments. This has made DESKER a natural fit for "Start Up", and a representative for the company has expressed pride in the company's partnership with the drama, saying that the company supports the same ideals the drama represents.