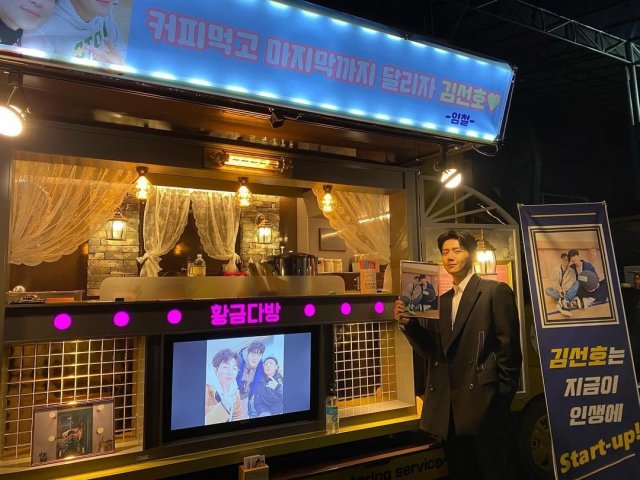 On November 17th, DinDin announced on his Instagram account that he had prepared a coffee car for Kim Seon-ho. The banners make it clear that the coffee car is intended for the cast and crew of "Start Up" in which Kim Seon-ho is currently starring. DinDin knows Kim Seon-ho from the variety show Two Days One Night in which the two are co-stars.

In addition to a coffee car DinDin also posted pictures of a spicy rice cake car, which he had also hired for the same purpose of supporting the cast and crew of "Start Up". DinDin claimed that Ji-pyeong, the name of the character Kim Seon-ho plays on "Start Up", really loves spicy rice cakes. Kim Seon-ho responded to DinDin's Instagram post with a thank you in the comments. "Start Up" airs on Saturday and Sunday nights on tvN.