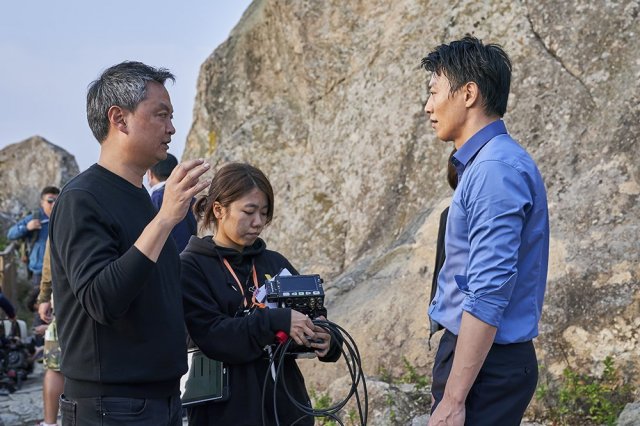 Director Kang Yoon-Sung is looking to maintain his hot streak. He was the mastermind behind 2017's surprise mega-hit "The Outlaws", which featured Ma Dong-seok and Yoon Kye-sang as leaders of warring factions of cops and criminals. The movie garnered several best new director awards for Kang Yoon-Sung - it was his first feature film.

While "The Outlaws" has already been green-lit for a sequel, Kang Yoon-Sung is trying a different kind of criminal underworld story with "Long Live the King". The story deals with a gangster who bumbles his way into national politics. "Long Live the King" is based on the popular Naver webtoon of the same title, with a billion page views and almost two million subscribers.

According to Kang Yoon-Sung, while "The Outlaws" was a serious action film, "Long Live the King" will be more of a comic action movie. He described his interest in the project as being borne out of a desire to have fun telling different kinds of stories.

Kang Yoo-sung's desire to have a good time has been confirmed by his lead actor, Kim Rae-won. He described their working relationship as being the best. In practice he said they're completely in synch with the product they're working on. Jin Seon-kyu, who also plays a big role in the movie, has stated that Kang Yoo-sung is an excellent listener who is always open to suggestions.

"Long Live the King" will appear in South Korean theaters sometime in June.