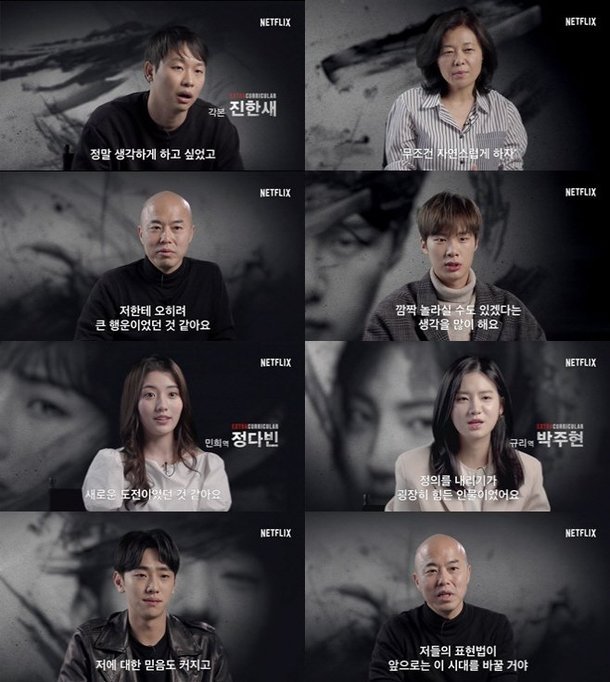 Since its premiere on April 29th worldwide on Netflix, "Extracurricular" has earned noteworthy attention from viewers worldwide for its curious genre mix of high school antics and serious crime drama. Director Kim Jin-min-I has specifically cited the innovative design of "Extracurricular" as his inspiration for making it.

Kim Jin-min-I also claims to have felt that he would have felt regret had he chosen not to work on the script. Han Ji-min-I described his first impression on reading the screenplay as shock that there was anyone in Korea who was writing stories like this. Kim Jin-min-I also mentioned making a specific point in auditions of making sure that his performers had the right kind of youthful rage.

For Jung Da-bin, for example, he detected a sense of wavering nervousness. Park Ju-hyun distinguished herself by showing off a powerful degree of internal personal justice. Nam Yoon-soo had the power of deep charm working for him. Through their distinct manner of expression, director Kim Jin-min-I hoped to use their performers to show off the acting of a new era.