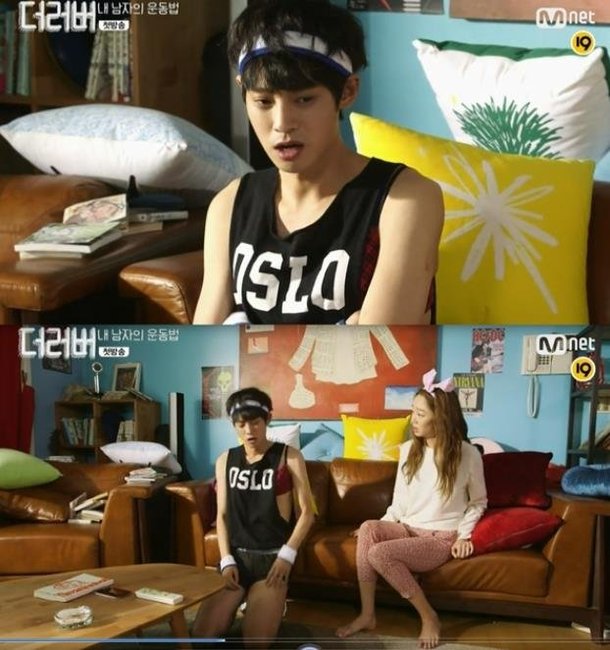 On "The Lover", Jung Joon-young plays up-and-coming musician in his early twenties who is living with his girlfriend, play by Oh Yeon-seo, about twelve years his senior. They are one of four couples whose shared living arrangements are portrayed in the generally humorous drama.

"The Lover" was promoted as an edgy cable project that pushed boundaries. Nonetheless, director Kim Tae-eun-III described Jung Joon-young as being at times excessive with profane language. His dialog often had to be bleeped out.

At the time, this seemed harmless. Co-star Oh Yeon-seo described the behavior at the time as being cute, since Jung Joon-young's anger would often come off as childish in execution. While "The Lover" did passably well under modest expectations, Jung Joon-young ultimately ended up focusing on variety shows rather than dramas.