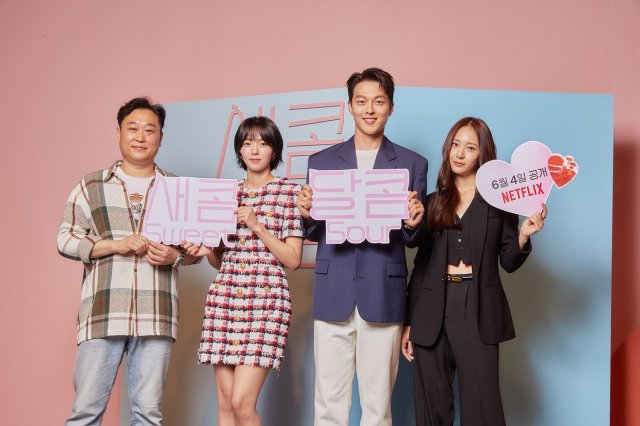 Director Lee Gye-byeok is no stranger to South Korean film. The longtime film professional had his directorial debut with "The Beast and the Beauty" in 2005 and has accrued such hints as "Luck.Key" and "Cheer Up, Mr. Lee" to his name in recent years. Now working as a professor at the Korea Art Conservatory, Lee Gye-byeok is now in new territory with the film "Sweet and Sour" which is his first ever streaming project which was recently released via Netflix.

According to Lee Gye-byeok, the main motivation for making "Sweet and Sour" was to show an underexposed aspect of cinematic love stories. Most simply stop once the main couple gets together at the end, and doesn't get into the difficult parts of maintaining a relationship that all too many real-life lovers get tripped up by. Lee Gye-byeok believes that people can still improve themselves even after a breakup, and designed "Sweet and Sour" as an expression of hope in that vein.

This isn't new territory for the director, although he's used to working with a more modest cast. With former leading men such as the beastly Ryoo Seung-bum, the homely Yoo Hae-jin, and the dimwitted Cha Seung-won, Lee Gye-byeok has always had to work hard to show off the more appealing parts of the personality. But in many way "Sweet and Sour" is the opposite of that, with Jang Ki-yong having to come to terms with the fact that conventional attractiveness isn't everything.

Lee Gye-byeok isn't the only director turned professor to still be producing new work. Professor Lim Suk-jin directed "Turn: The Street" which came out this past March while professor Kim Aaron wrote "CCTV" which will be released this coming July. Both men also enjoy faculty positions at the Korea Art Conservatory, a sign of the increasingly common connection between filmmakers and academia in South Korean film as it's produced today.