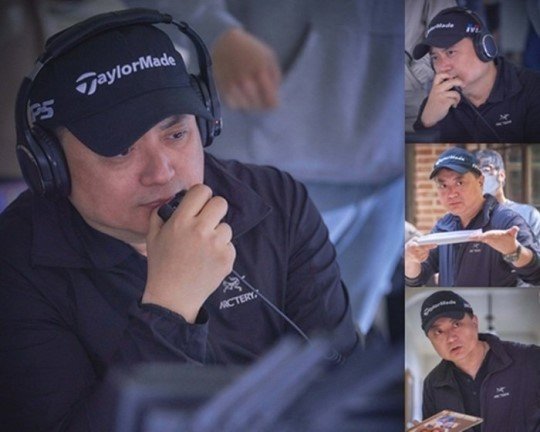 As "Investigation Partners Season 2" is coming close to release, more material has been incoming about the new drama. Director Noh Do-cheol in particular has been open about his hopes for the sequel series, having recalled fondly his work some thirteen years ago on the vampire sitcom "Hello Franceska", which also went into a second season.

Director Noh Do-cheol, who also directed the sequel series "General Hospital 2", noted how the experience is very different. With a normal drama, characters must be established and developed. With a sequel series, the actors are already familiar with their characters so the effort becomes more constructive, trying to give the characters deeper meaning.

Noh Do-cheol also noted how sequel seasons do not need to have as dark a genre tone. They can be more humorous and busy, and the filming environment can be more outspoken as cast and crew are more comfortable with each other. Noh Do-cheol considers this atmosphere of teamwork to be critical to how "Investigation Partners Season 2" will progress.

Noh Do-cheol also highlighted Doctor Jang Cheol (played by No Min-woo) and Sally Kim (played by Kang Seung-hyun) as characters to watch out for. Noh Do-cheol mentioned that he was very diligent about properly casting Jang Cheol, as he is a very rule-oriented emergency room doctor with intellectual curiousity about his patients.

Noh Doh-cheol was also full of praise for Kang Seung-hyun. Her character, Sally Kim, replaces Stella Hwang who was played by Stephanie Lee in the first "Investigation Partners" season. He expressed high hopes that Kang Seung-hyun would come into Sally Kim as her own character and not just be a replacement for Stella Hwang.

Lastly Noh Do-cheol talked about how he and the writing staff were being careful about making sure the revelation for each new criminal in subsequent episodes would follow a different method. Noh Do-cheol showed high hopes for making "Invesigation Partners" into a high quality crime suspense franchise of South Korean drama.