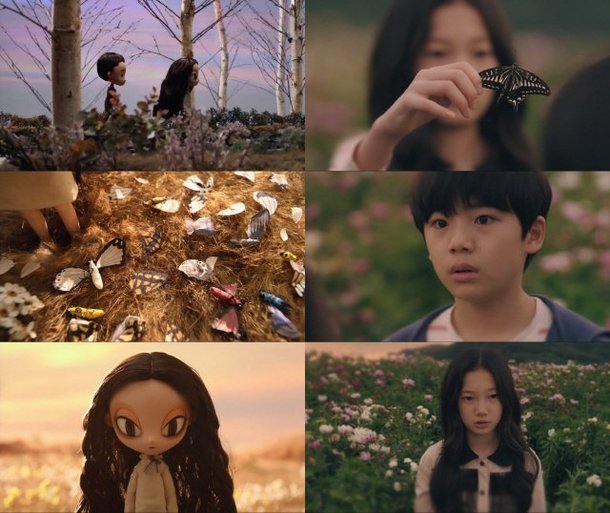 While "It's Okay to Not Be Okay" had a mixed first weekend ratings-wise the drama has gained a strong second wind in social media in large part thanks to the drama's distinct visuals, which are easy to share online. The gorgeous opening stop-motion animated scene that depicts a childhood meeting between the lead characters, for example, was surprisingly compellingly replicated in the real-life version of that same scene.

Much of the purpose of the unusual visual presentations is to give an estimation of the mental state of the drama's characters. For example the female lead played by Seo Ye-ji is a clinical psychopath. Scenes from her perspective are depicted with unnatural cruelty and viciousness. But the same scenes from the perspective of the male lead played by Kim Soo-hyun have a more grounded quality, creating a more noteworthy contrast.

The autistic older brother of the character played by Kim Soo-hyun, here played by Oh Jung-se, is another exploration of this particular perspective. He reacts to everyday art or even dinosaur costumes with a sense of extreme childlike wonder. Yet his often magical perspective is sharply contrasted to that of more neurotypical characters who are often frightened of him. 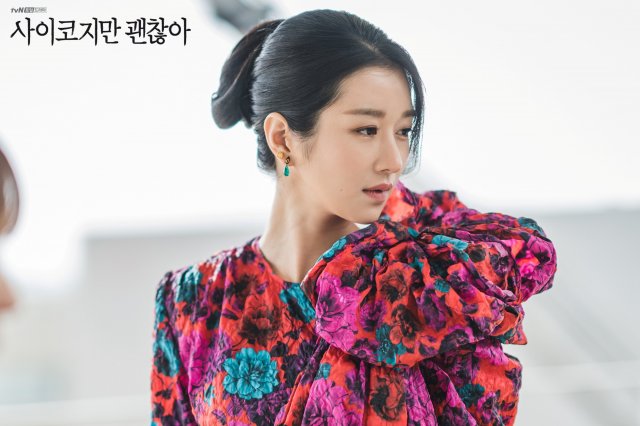 The irony, of course, is they have far more valid reason to be frightened of Seo Ye-ji's character. But her deliberately eye-catching attractive style frequently disarms people of such notions, particularly as her publishing company works furiously to run damage control for her reputation. In this way the visual construction of "It's Okay to Not Be Okay" has drawn much favorable attention, and proven a triumph for the reputation of director Park Shin-woo.

"[HanCinema's News] Distinctive Visual Style of "It's Okay to Not Be Okay" in Increased Focus"
by HanCinema is licensed under a Creative Commons Attribution-Share Alike 3.0 Unported License.