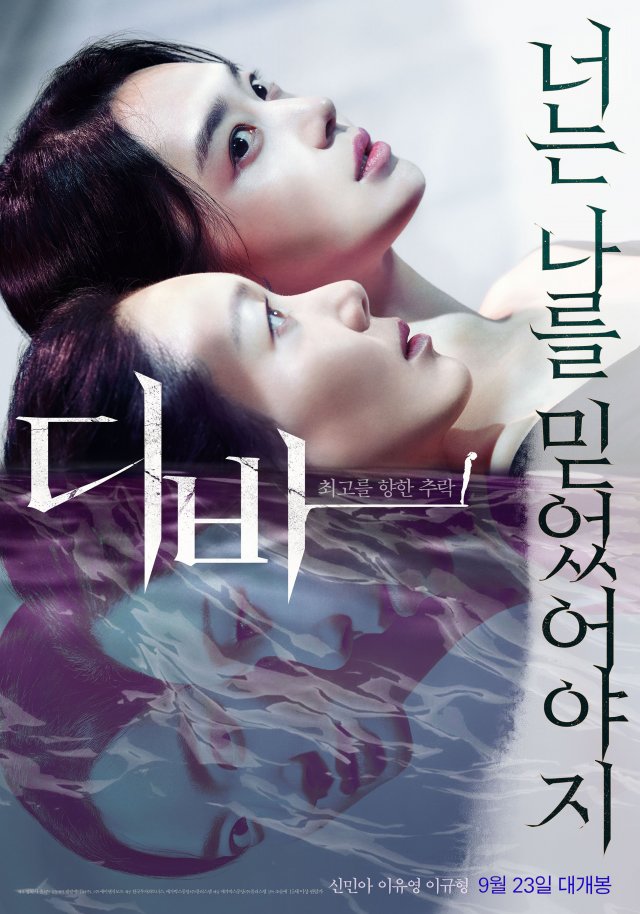 According to figures released by the Korean Film Council on September 24th, "Diva" has come to the front of the South Korean box office, earning 15,479 admissions on its opening day of September 23rd. "Diva" is the first Korean movie to lead the South Korean box office since "Deliver Us From Evil" on August 25th. New releases have ground to a halt in South Korea since a resurgence of COVID-19 last month prompted enhanced health and safety measures.

"Diva" stars Shin Min-ah in the leading role. The movie is a mystery thriller centered around Olympic swimming and diving athletes. There was little in the way of competition, with the only other major release being the Joseon-era swordfighting drama "The Swordsman" starring Jang Hyuk. "The Swordsman earned 13,793 admissions in its opening day.

Neither movie appears set to do very remarkably over the weekend. Next week will feature a stronger slate of movies for the big Korean Thanksgiving weekend, with "Pawn", "The Night of the Undead", and the recently rescheduled "The Golden Holiday" competing for viewers during this time. However, with the South Korean box office still in a slump due to COVID-19, the big-performing box office records of years past are unlikely to be equaled.