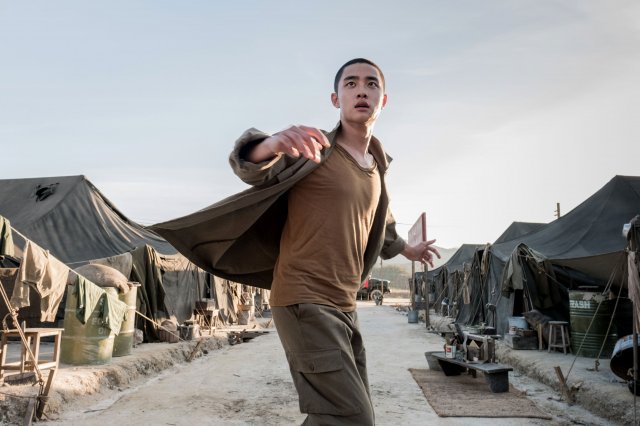 The latest eccentric DCInside poll regarding celebrity perceptions has been released. It was conducted between March 15th and March 21st. The question posed to DCInside users was, specifically, which South Korean person speaks the North Korean dialect so well it's suspicious. 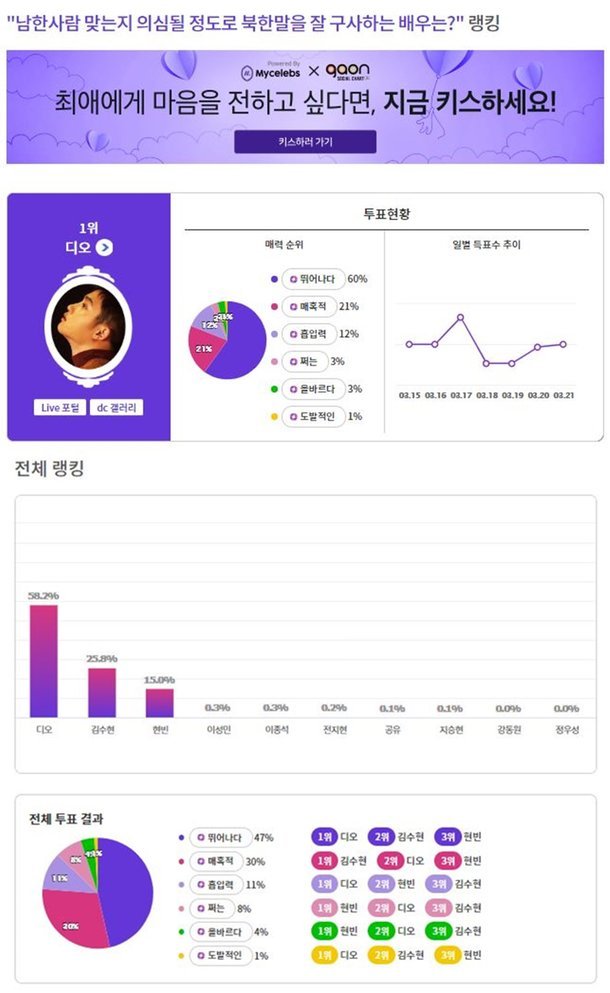 Do Kyung-soo was the surprise winner with 58.2% of the vote. Though Do Kyung-soo has not portrayed a North Korean person recently he did play one in the lead role of "Swing Kids" which was released back in 2018. "Swing Kids" did not perform well at the South Korean box office so the apparent familiarity of DCInside users with his work is noteworthy.

Kim Soo-hyun of "Secretly and Greatly" fame ranked second with 25.8% of the vote. He played the lead character in "Secretly and Greatly" back in 2013, a role which was reprised in a guest appearance on "Crash Landing on You". Hyun Bin, the lead actor on "Crash Landing on You", only had 15% of the vote even though his North Korean role was by far the most recent of those listed.