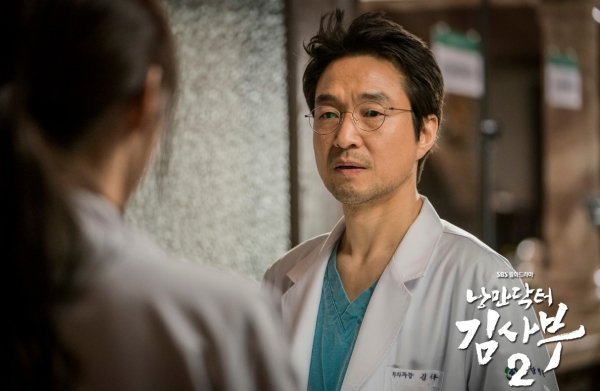 Back in 2016 "Dr. Romantic" proved a major hit because of its unusual idealistic take on the medical profession contrasted with bureaucratic reality. Though unusual at the time, the ideas presented in "Dr. Romantic" have become more mainstream since then, with "Dr. John" of 2019 being one noticeable example of a similar tone, albeit in the context of a very different subject.

However, while the ideas have become more mainstream, the actual political reality of medical care in South Korea has changed very little. Such has been the real world backdrop behind the continuing drama between Lee Gook-jong and hospital administrators in Gyeonggi province, which has led to the famed surgeon's resignation. Much as in "Dr. Romantic", profits have taken priority over the best interests of actual patients.

On one end, real-life events have resulted in "Dr. Romantic 2" appearing to verge on the edge of being fantasy. After all, if a relatively famous surgeon like Lee Gook-jong can't fight the entrenched system of larger hospitals trying to cut corners on health care, it beggars disbelief that the relatively unknown in-continuity "Dr. Romantic" could do likewise. Though there are differences between the details of the stories, the broad arcs are mostly the same.

However fantastical the outcomes may seem, though, "Dr. Romantic 2" has been able to strike a chord with viewers thanks to its apparent realism. The sequel series has been outperforming "Dr. Romantic", if only slightly. The seemingly repetitive nature of the the sequel's story, normally a source of criticism, has proven prescient in the current environment. Clearly, romantically minded doctors alone can't solve flaws with the system. And this has begged the question of, if not them, who?