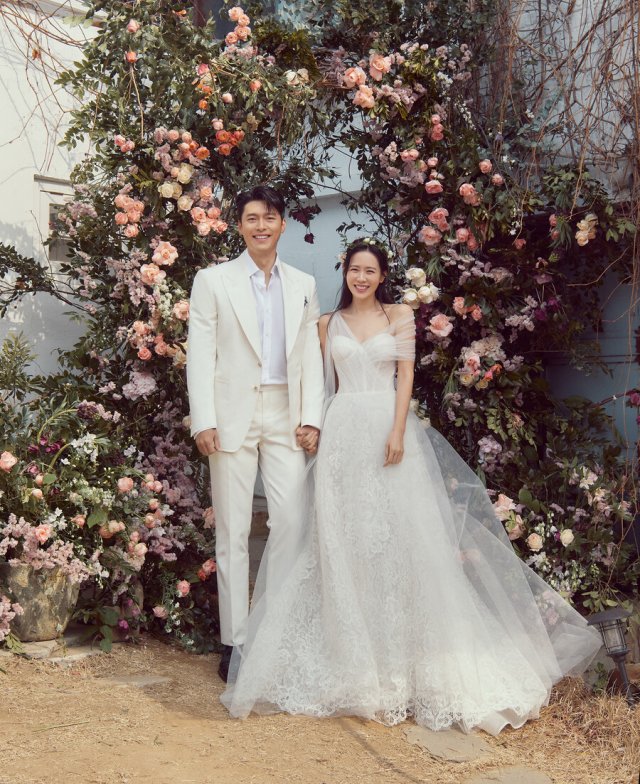 On October 28th, MS Team Entertainment confirmed that Son Ye-jin, who the talent agency represents, is expected to give birth to a baby boy in December. This is the first news about the actress's pregnancy since June, when she first announced it publically via social media. Since then, Son Ye-jin as well as her husband Hyun Bin have made little in the way of public statements on the subject.

The main such incident was in September, when Hyun Bin was doing promotional work for "Confidential Assignment 2: International" in the form of an interview. At that time, Hyun Bin said that the experience still didn't feel real to him, as he had for so long mentally understood family life as something that happened to other people rather than himself. Hyun Bin went on to say that he was waiting with a positive heart to a very large blessing.

Son Ye-jin and Hyun Bin first met while filming "The Negotiation" together in 2017. The hostage thriller was deliberately casting against type for both actors, as they were far better known for their work in the romance genre. Their impressions of each other and their chemistry on-set were so positive that the two later agreed to do "Crash Landing on You" together. That romance became extremely popular worldwide, possibly the best known work for either of them.

Son Ye-jin and Hyun Bin began dating after the conclusion of "Crash Landing on You" in 2020. They announced they were dating a year later in 2021, and were married in March of 2022. Both actors are forty years old.