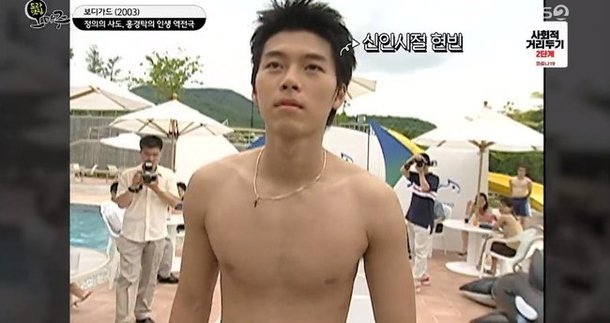 The October 11th episode of the television program 'Drama House Homage' surprised many with its depiction of the very first credited on-screen role for "Hyun Bin" who has since become a major star. "Bodyguard" in 2003 starred Cha Seung-won in the title role as Hong Kyung Tak. The drama also starred Lee Se-eun as top star Sin-ae, which is how Hyun Bin enters the story.

The panelists on 'Drama House Homage' were shocked to see Hyun Bin in a role that seemed rather prepotserously off-brand. Though largely forgotten today, Hyun Bin's role at the time was quite distinctive and popular despite its short duration. The next year in 2004 Hyun Bin was the second lead in "Ireland" and from there his fame only continued to improve. His next movie, "Bargaining", finished filming in September and is expected to be released sometime this year.