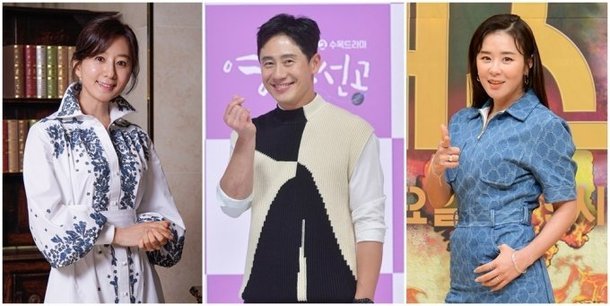 The current South Korean drama market is filled with contradictions. For one, despite much of the country being under house arrest due to COVID-19, there's little indication that dramas have benefited much from the arrangement. As many high concept vehicles with younger stars have fallen below expectations, the current champions of the drama market are headlined by a more veteran set of actors, many of which have more name recognition than they do recent verifiable hits.

The surprising performance of "The World of the Married" with only Kim Hee-ae as a particularly noteworthy star has already been observed at length. But the more recent success of Shin Ha-kyun with "Fix You" and Choi Kang-hee of "Good Casting" have hinted at a so-far well-obfuscated pattern. All three dramas, with radically different premises and genres, feature a single established veteran lead anchoring casts largely consisting of unknown, but skilled performers.

Of course, this is only a single factor congruent across the success of all three dramas. They also all had the benefit of low expectations, albeit in very different ways. "The World of the Married", for example, seemed a long a shot even for emulating the impressive performance of its predecessor, "Itaewon Class", let alone exceeding it. "Fix You", by contrast, only had to follow-up on the extremely poor ratings of "Meow, the Secret Boy", and easily succeeded far beyond that.

Another possible lesson to take from these performances is that lead-ins may not matter as much as is typically believed, as viewers are more likely to switch networks for a drama they think sounds more interesting. The increased accessibility of on-demand programming in recent years has also boosted the likelihood of such switching, as it is now easier to watch multiple dramas airing in the same timeslot.

"[HanCinema's News] Established Names Proving to Be the Most Reliable Drama Headliners"
by HanCinema is licensed under a Creative Commons Attribution-Share Alike 3.0 Unported License.