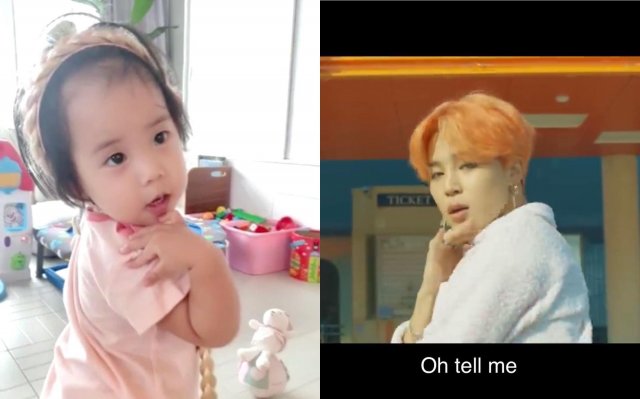 Eugene recently excited the attention of her Instagram followers with images of her younger daughter dancing. Eugene and her husband Ki Tae-young had a baby girl back in 2018. According to Eugene their daughter started dancing around eight months ago. She likes to follow along with Jimin of BTS with the group's song Boy With Luv.

Eugene and Ki Tae-young married back in 2011. They had first met on the set of "Creating Destiny" where the two were co-stars. The daughter in the video, Rolin, is their second one. Their first daughter, Rohee, was born back in 2015. Eugene has been popular lately due to her starring role in "The Penthouse" with "The Penthouse 2" set to start airing next month.