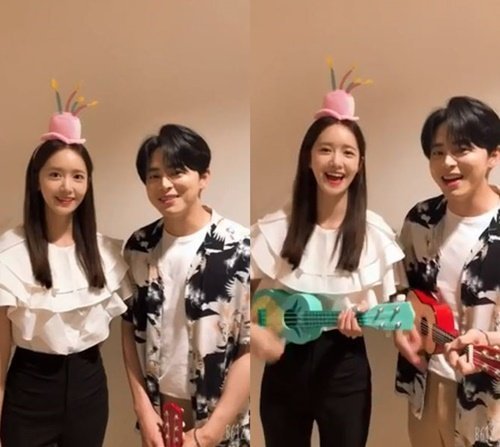 By morning of Friday August 2nd "Exit - Movie" had already racked up an exceptionally impressive one million admissions. The movie is currently on track to have a monstrously successful opening weekend even in the face of stiff competition. CJ Entertainment has released a silly picture of lead actors Cho Jung-seok and Yoona to commemorate the event.

Historically this performance puts "Exit - Movie" in the same general area as "Extreme Job", "Along With the Gods: The Two Worlds", "Veteran", "The Thieves", and "The Assassination" when it comes to admissions speeds. "Exit - Movie" is also doing significantly better than "Ode to My Father" and "Miracle in Cell No.7" by this metric.

"Exit - Movie" has been helped along by exceptionally strong positive buzz. The chemistry between Cho Jung-seok and Yoona in particular has been strongly praised, and the movie is enjoying high user ratings on various movie websites. The success is also surprising given that "Exit - Movie" is a disaster film - a reasonably popular genre in South Korea, but not one that is known for breaking major records.