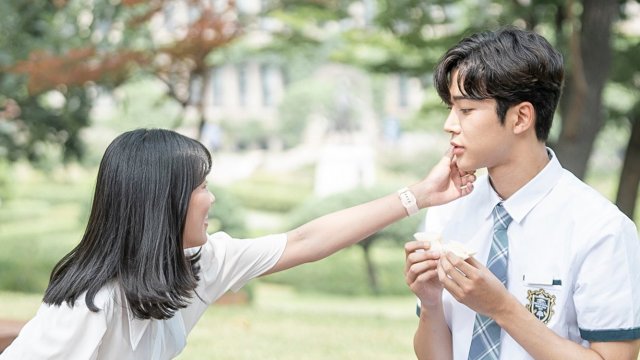 Following its ascendance to the top spot in the Good Data Report, "Extraordinary You" is also showing strong metrics in a more unusual spot - drama soundtracks.

Songs from "Extraordinary You" have done unusually well on YouTube, where unofficial uploads for three songs have already eclipsed three million views across various channels.

'My Beauty' by the group Verivery has the most views of the three. 'Feeling' by the band April has the second most, while 'First Love' by Sondia trails in third. "Extraordinary You" is a fantasy romance drama based on the webtoon of the same name that airs on MBC on Wednesdays and Thursdays.

"[HanCinema's News] "Extraordinary You" Soundtrack at Over 3 Million Views on YouTube"
by HanCinema is licensed under a Creative Commons Attribution-Share Alike 3.0 Unported License.