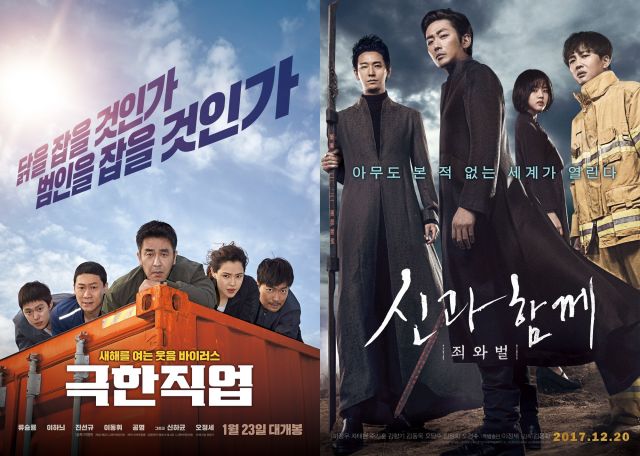 "Extreme Job" hit a major milestone over the last weekend as it passed 14.53 million admissions. This now puts the film at #2 on the all-time South Korean Box Office list. It has surpassed "Along With the Gods: The Two Worlds" and is now only outperformed by "The Admiral: Roaring Currents", whose 17.61 million admission record is unlikely to break.

"Extreme Job" has been a huge hit for CJ Entertainment and has massively outperformed expectations, especially given how 2018 was a weak year for major blockbusters. The achievement of "Extreme Job" is all the more impressive considering the movie's fairly mundane comedic plot. It centers around a team of five inept police officers who attempt to monitor a criminal gang by buying out a failing fried chicken restaurant.

"Extreme Job" came out on January 23rd. As has usually been the case with South Korea's 10 million plus megahits, its achievement was accomplished slowly through positive word of mouth. The film is in its 26th day of release, and has maintained the top box office position throughout every day since then. Relatively weak competition over that time has likely contributed to the film's success, with only "Hit-and-Run Squad" and "Innocent Witness" showing very modest results against "Extreme Job" over that same period. American films released over this time have been similarly trifling.