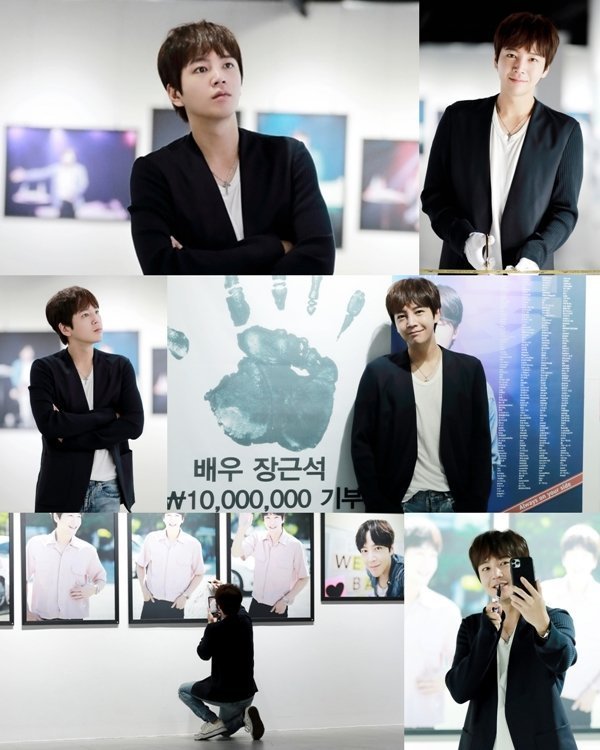 On August 4th actor Jang Keun-suk celebrated his thirty-third birthday. For the eighth time, Jang Keun-suk held an exhibition of various pictures for the sake of his fans which he uses as a vehicle to thank them for their support. Due to COVID-19, Jang Keun-suk was unable to meet fans in-person this year, instead posting a video about his visit to the gallery to his fan club's YouTube account.

Adjacent to the event at Luminarie Gallery was the announcement of this year's charitable contributions to be made in Jang Keun-suk's name to celebrate his birthday. Approximately 200,000 dollars was collected from fans. In a statement released by Jang Keun-suk's agency a point was made of how Jang Keun-suk noticed and appreciated the individual contributions.

These Jang Keun-suk birthday exhibitions have been an event since 2013, and have done much to cultivate a loyal following among Jang Keun-suk's fanbase. The official fanclub of Jang Keun-suk, CriJ, has over the last nine years run charitable events for many causes. These range from community centers to animal shelters, to wildfire relief to briquette delivery.