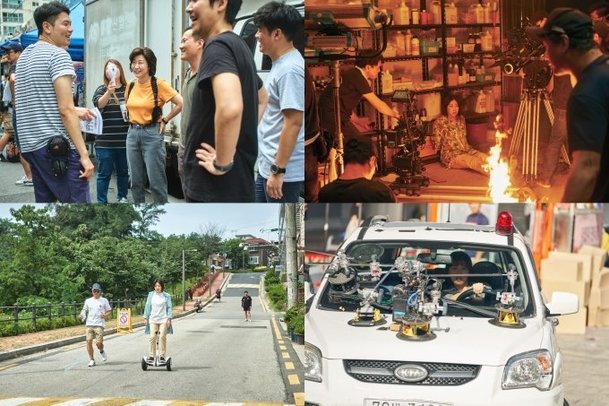 The success of "Miss and Mrs. Cops" at the South Korean box office has been a relief for the cast and crew of the film. The shooting last year was more difficult than anticipated thanks to a record heat wave over the summer, the worst in 111 years. Ra Mi-ran has said that the filming was extremely hot, and that memories of that hot shoot were permanently seared into her memory. 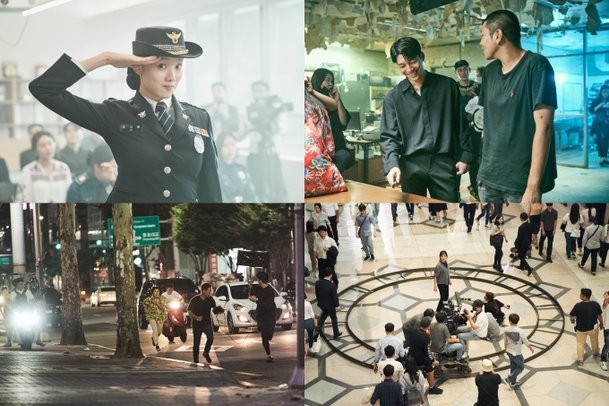 Recently released production stills of the movie have made this more clear than the film itself, where the script makes no reference to particularly hot conditions. This is in spite of outdoor chase scenes, which must have been miserably difficult to film even at night time - there's not much in the way of sweat even in a climactic scene involving an escape from a burning building.

Other locations of interest in the released stills include indoor sets and the climax, which takes place in the Coex building in the Gangnam district of Seoul. That particular location was chosen to help ground the denouement in the real world.

"[HanCinema's News] Filming Conditions for "Miss and Mrs. Cops" Quite Hot"
by HanCinema is licensed under a Creative Commons Attribution-Share Alike 3.0 Unported License.