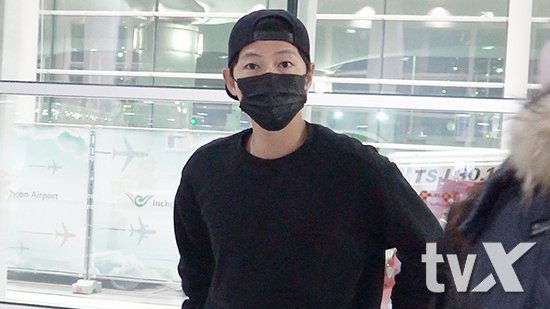 The crew for the upcoming South Korean film "Bogota" has been forcibly returned to South Korea after their entry into the country of Colombia was denied. This makes "Bogota" the latest in a long line of films with a production status now on hold in the wake of the COVID-19 epidemic. The news followed a ban by Colombia on all foreign travelers into the country following the introduction of COVID-19 into South America on March 16th. The movie is set to star Song Joong-ki in the leading role.

"Bogota" is not the only major movie to be affected in such a way. "Kidnapped", which was to be a team-up between major stars Ha Jung-woo and Ju Ji-hoon as well as "Kingdom" director Kim Seong-hun was going to start production in late March but the movie takes place at least partially in Lebanon. It is unknown when production may be able to get started.

These new production roadblocks echo previous bans that have resulted in halts in the production of "The Outlaws 2" as well as "Bargaining", which were to have location shooting in Vietnam and Jordan respectively. Domestic film production has also slowed down due to the difficulty of locating proper film locations, and how safety precautions now cause shoots to take far longer than in normal circumstances.