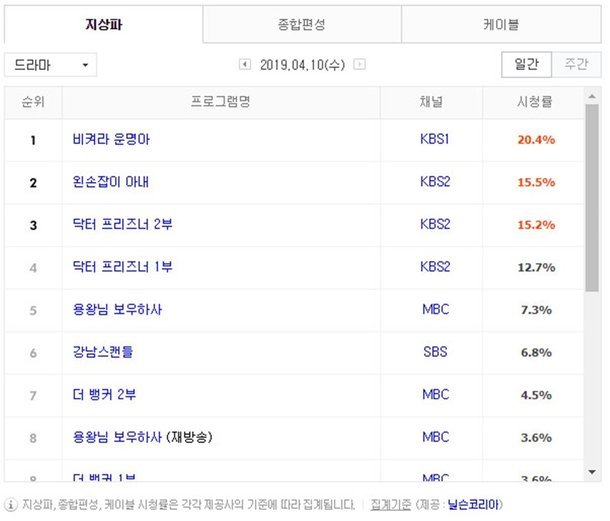 On April 10th the latest Nielsen ratings for Wednesday/Thursday dramas came out. In overall ratings, "Get Out of the Way, Fate" was first with a 20.4% rating. "Left-handed Wife" was second with a 15.5% rating. And "Doctor Prisoner" was third with a 15.2% rating for its second episode.

While "Doctor Prisoner" has gotten a lot of attention for an outstanding performance in its timeslot, in real terms the high concept Wednesday/Thursday drama only compares modestly with the daily soap operas. Of course, most high concept dramas do considerably worse than those aimed at a broader audience.