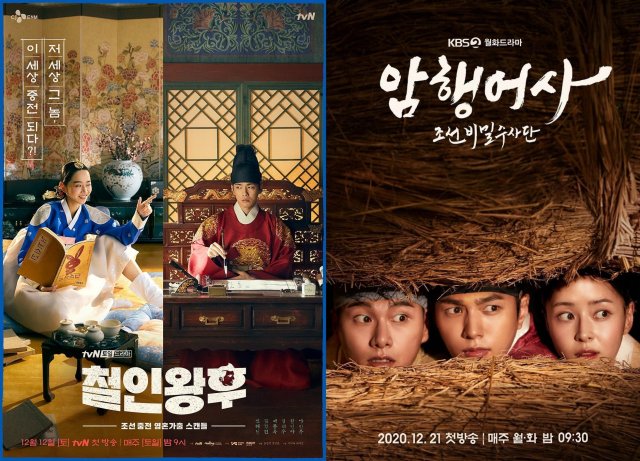 After a long drought of dramas that could reliably crack the 10% ratings mark, 2021 started the year off with two surprising successes. Expectations were low for "Mr. Queen" and "Royal Secret Agent" due to the relatively weak performance of historical dramas in recent years. But the genre is making a comeback, with new entries making the most of fusing it with other forms of storytelling. "Mr. Queen" deals in time travel and body swapping, while "Royal Secret Agent" involves criminal investigation.

Both dramas started decently, with 8% for "Mr. Queen" and 5% for "Royal Secret Agent". The two dramas earned 15% and 13% in their most recent episodes. "Mr. Queen" has also been surprisingly popular with younger viewers, regularly ranking high on nontraditional social media measurements of drama engagement. While "Royal Secret Agent" hasn't had the same broad impact, the drama is still well established as a reliable hit for KBS. 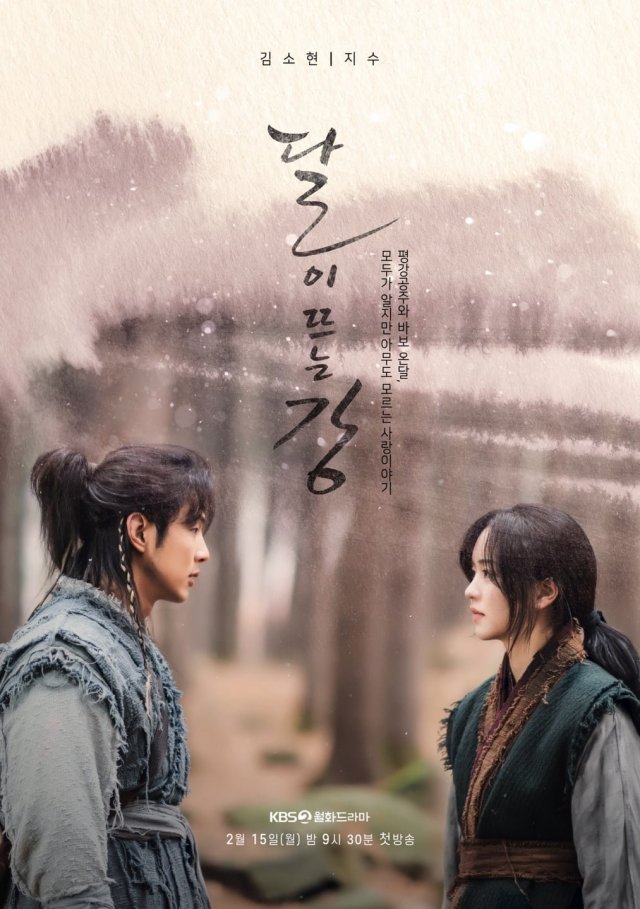 This success has already improved the outlook for the upcoming "River Where the Moon Rises" which will air on KBS in February. This drama will be based on the traditional folk tale of Pyeongkyang and Ondal, the former being a princess who marries the latter, thought by all to be a fool, who is inspired by her example to become a mighty general. The apparently retrograde nature of the story seems at odds with many popular female-led Korean historical dramas, which feature a more active heroine.

"Joseon Exorcist" in March will feature more fusion in the setting but ironically enough is fronted by traditionally known names. The supernaturally themed drama unites Kam Woo-sung of "King Geunchogo", Jang Dong-yoon of "The Tale of Nokdu" and Park Sung-hoon of "Six Flying Dragons". "Joseon Exorcist" is a project working from many angles, hoping to be a hit if it can score on even a few of them.

There are far more dramas than just those four this year, although the others are too early in production for much speculation. These include the romance "Redsky" dealing with a real female Joseon painter, and the palace drama "Red Sleeve" based on the novel of the same title. Mainline television networks are going in hard on historical stories this year, and with "Mr. Queen" and "Royal Secret Agent" already such standout successes, there are plenty of reasons to be optimistic for their success.

"[HanCinema's News] Fusion Historical Dramas Shaping up to Be the Big Trend of 2021"
by HanCinema is licensed under a Creative Commons Attribution-Share Alike 3.0 Unported License.