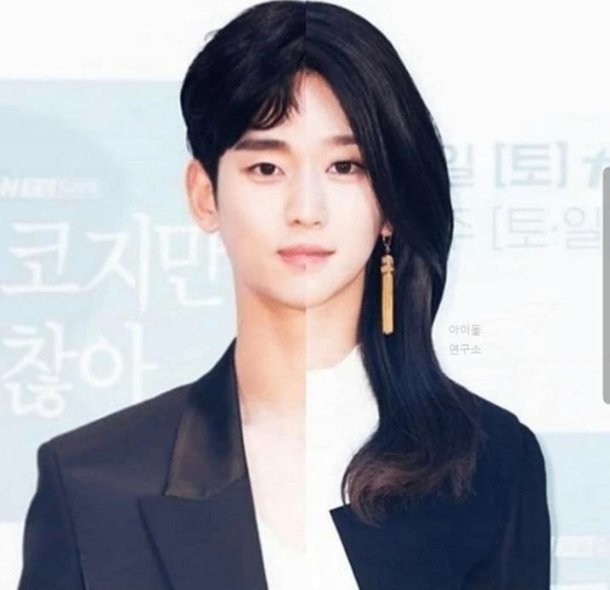 In an attempt to make sense of the chemistry that's underscored "It's Okay to Not Be Okay", South Korean drama fans have hit on a surprising discovery. Visually, lead actors Kim Soo-hyun and Seo Ye-ji have quite a bit in common visually. This discovery was made when one online user spliced a photo of the two together, with the peculiar symmetry between their faces causing the hybrid image to go viral.

The appeal of the fusion is perhaps not so difficult to grasp, as Kim Soo-hyun has long had a reputation as a pretty boy while Seo Ye-ji epitomizes feminine style. The two are close to the same age, Kim Soo-hyun being thirty-two and Seo Ye-ji being thirty. The two also have the same agency, Golden Medalist, and have appreciated each others' talents since they long ago appeared in the same pudding commercial. "It's Okay to Not Be Okay" airs on Saturday and Sunday night.