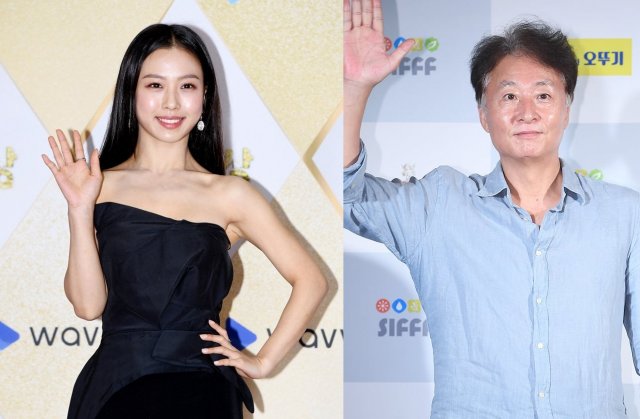 A recent news report has stated based on information from persons adjacent to the production of "Smugglers" that Go Min-si and Kim Jong-soo have agreed to star in the movie. Purportedly the only delay to an official announcement is a final resolution of the question of compensation. "Smugglers" is a women-centered crime film from director Ryoo Seung-wan that takes place in a seaside town in the seventies.

Production on "Smugglers" has been delayed indirectly due to COVID-19, in the sense that Ryoo Seung-wan's previous film "Escape from Mogadishu" had its own release pushed back by the pandemic. Purportedly Ryoo Seung-wan is reluctant to work on a new film until his previous one has already received a public response. "Smugglers" has attracted particular attention as it will star Kim Hye-soo and Yum Jung-ah as older businesswomen, of a sort.

The exact roles Go Min-si and Kim Jong-soo are wanted to play are as yet unknown, but believed to be reasonably important. Go Min-si is currently appearing as the female lead in "Youth of May" while Kim Jong-soo had a special appearance in "OK! MADAM" last year which starred Yum Jung-ah in the leading role. "Smugglers" is expected to start production sometime in June, while "Escape from Mogadishu" has no domestic release date yet confirmed.