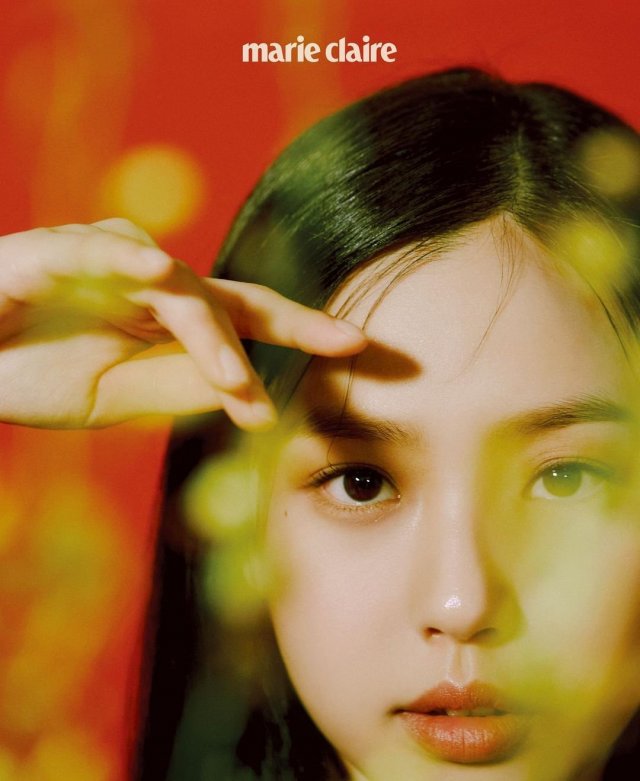 Actress Go Min-si of "Sweet Home" has recently been confirmed for a photospread in the upcoming February issue of Marie Claire. The close up shots have an enigmatic quality, contrasting the pitch black color of her dress and hair with the whiteness of her skin as well as the redness of the background. The photospread also includes an interview about the character in "Sweet Home" which Go Min-si portrayed, Eun-yoo. 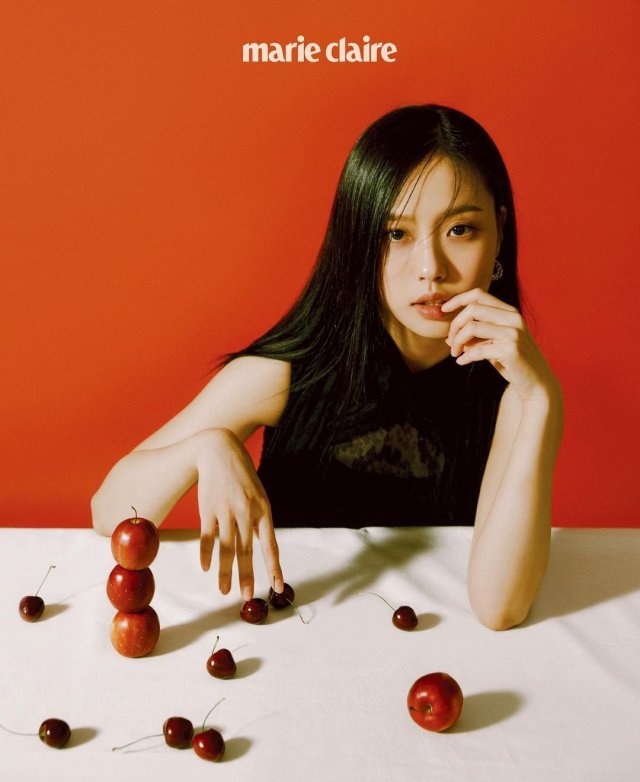 In the interview, Go Min-so expresses relief that Eun-yoo connected with viewers. According to Go Min-si she played the character as very affectionate but was uncertain this quality would be apparent to viewers given the extremity of the post-apocalyptic situation Eun-yoo is shown in. Go Min-si was also thankful for viewers who had expressed such love to the character, and hoped to be able to convert that into passion for her next project. 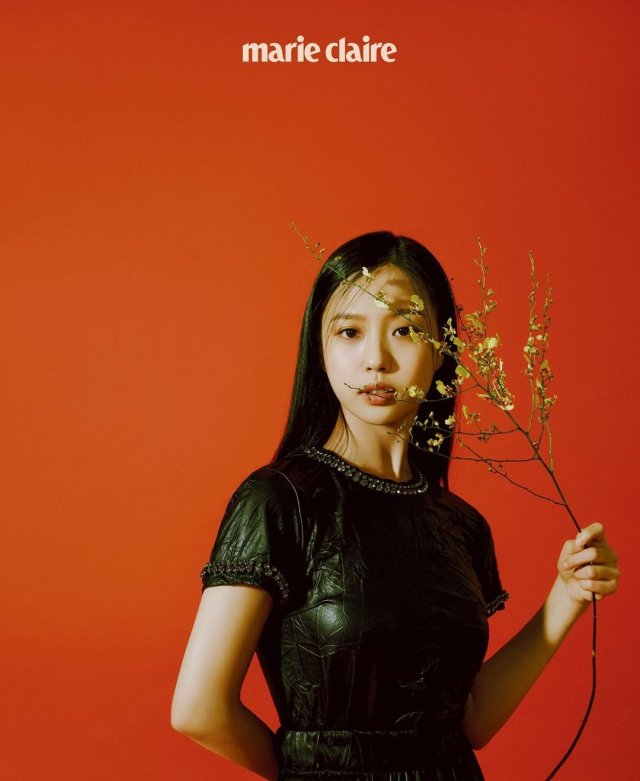 Go Min-si also spoke about that next project, "Youth of May" more directly. Go Min-si claimed that her character in the protest-era drama, Myeong-hee, would be a completely different kind of person but hoped that the subtle quality she had brought to "Sweet Home" would be recognizable in "Youth of May" as well. Go Min-si stated she wanted to be known as an actress of many different colors- suggesting the motivation of the theme behind the photoshoot. 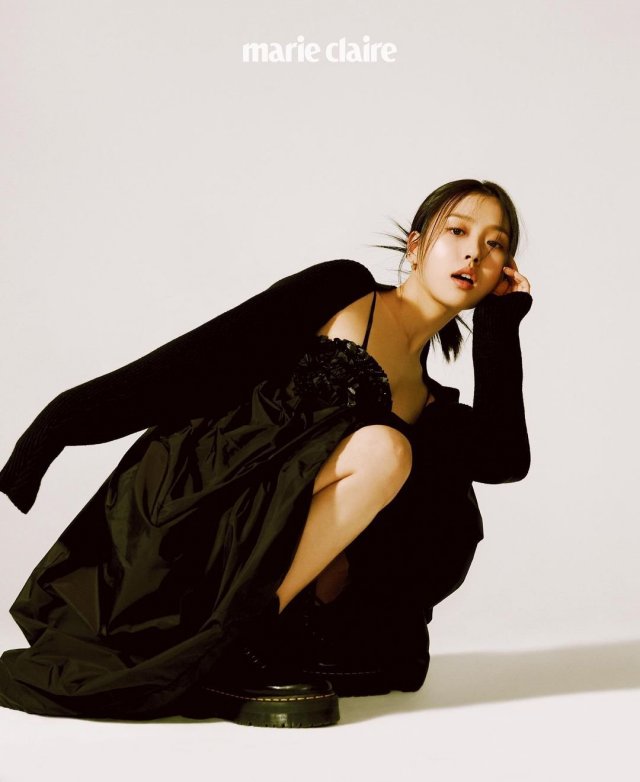 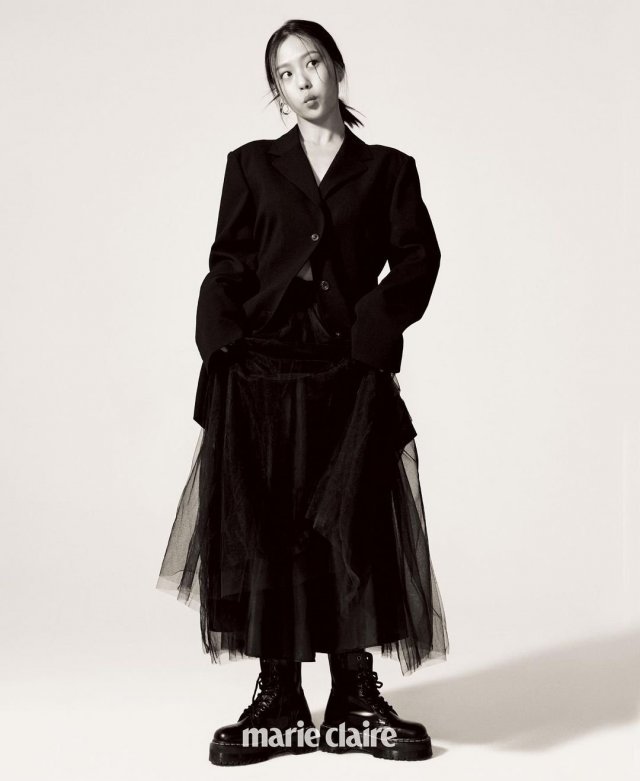 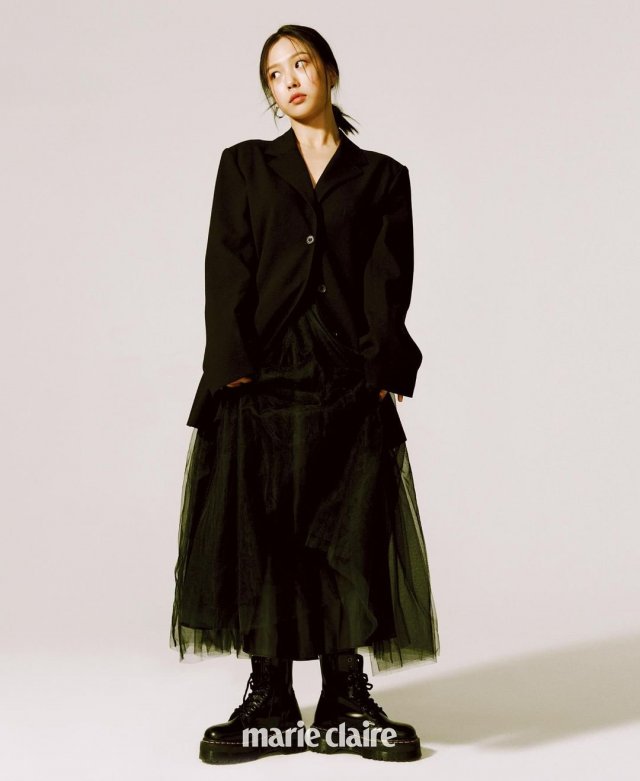