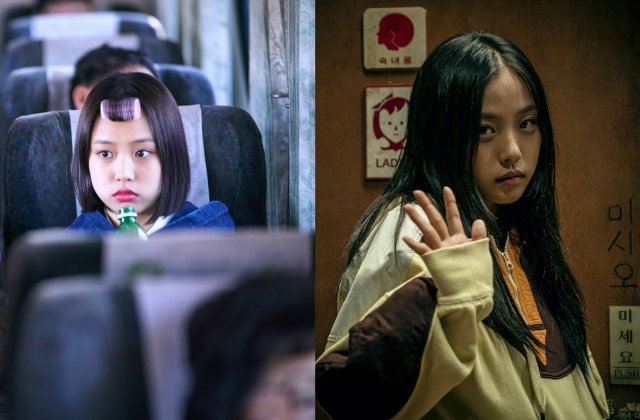 In a recent interview actress Go Min-si had some choice comparisons between the directing styles of Park Hoon-jung of "The Witch : Part 1. The Subversion" and Lee Eung-bok who directed "Sweet Home" both of which featured Go Min-si in notable roles. The 2020 Netflix drama and the 2018 film both cast Go Min-si as a high school student and both deal in supernatural phenomena. However, the differences between Go Min-si's character in either differ substantially from one another, as Go Min-si explained.

Some people, according to Go Min-si, tend to think of the characters as similar because both will use colorful language. However, Myeong-hee in "The Witch : Part 1. The Subversion" tends to speak in a cutesey manner, emphasized by her use of the Chungcheong dialect, with dialects at the time being fashionable for demonstrating such charms. Eun-yoo of "Sweet Home" is much colder, and in general more introspective.

Eun-yoo is also a ballerina, which prompted Go Min-si to undergo ballet training for two months to better understand the character. This also prompted significant weight loss on Go Min-si's part. However, when it came to the stage both Park Hoon-jung and Lee Eung-bok encouraged Go Min-si to ad-lib. According to Go Min-si, both directors had strong confidence in the ability of their performers to embody their characters, possibly explaining why the actors in their works get so much attention from fans.