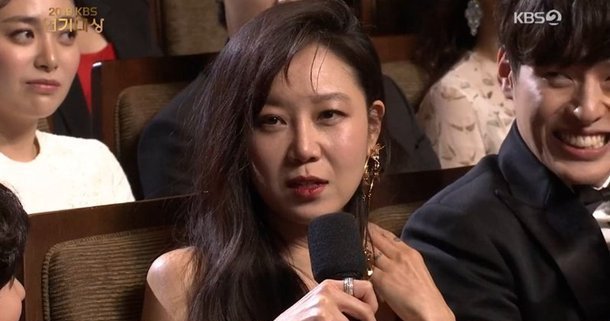 At the KBS Drama Awards on December 31st Gong Hyo-jin refused to tie any commitments to winning an award. Her statements were taken during a segment where Jun Hyun-moo in his role as emcee for the ceremony was asking audience members various questions.

Specifically, the query directed at Gong Hyo-jin was whether as candidate for an acting award for her work in "When the Camellia Blooms" Gong Hyo-jin was willing to make promises should she win. Gong Hyo-jin explained that she considers herself to be a victim of award show promises, as she had been dragged into such commitments in the past by Ha Jung-woo, and was unwilling to further entangle herself or anyone else in them. 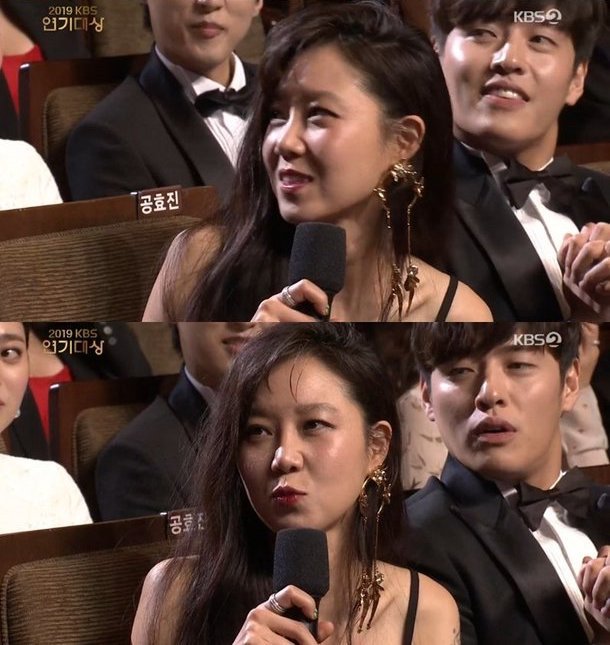 The statement was vague and did not make it clear what Ha Jung-woo may have made Gong Hyo-jin do for which award. It may also reignite speculation as to whether the two actors were ever dating, though a relationship between the two has always been denied. Gong Hyo-Jin Won the Grand Prize (Daesang) for "When the Camellia Blooms", her co-stars Yum Hye-ran, Oh Jung-se, Kim Kang-hoon, and Son Dam-bi all won awards, as did screenwriter Lim Sang-choon.

"[HanCinema's News] Gong Hyo-jin Refuses to Tie Promises to Awards Thanks to Ha Jung-woo"
by HanCinema is licensed under a Creative Commons Attribution-Share Alike 3.0 Unported License.