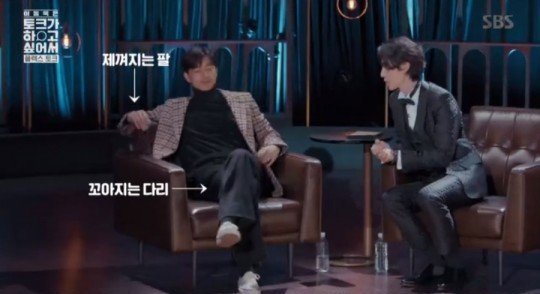 Gong Yoo was the first guest appearance on the recently premiered talk show, 'Because Lee Dong-wook Wants to Talk'. The reunion of the two actors from "Goblin" allowed them to talk a lot about what they did behind the scenes of that drama, among other topics.

The main innovation Lee Dong-wook's show offers compared to other talk shows is the 'flex talk' portion, wherein actors simply talk up what they considered to be their strong points without needing to bother with false modesty. Gong Yoo described his main contribution to his projects as being his sense of sincerity and truthfulness in his performances. 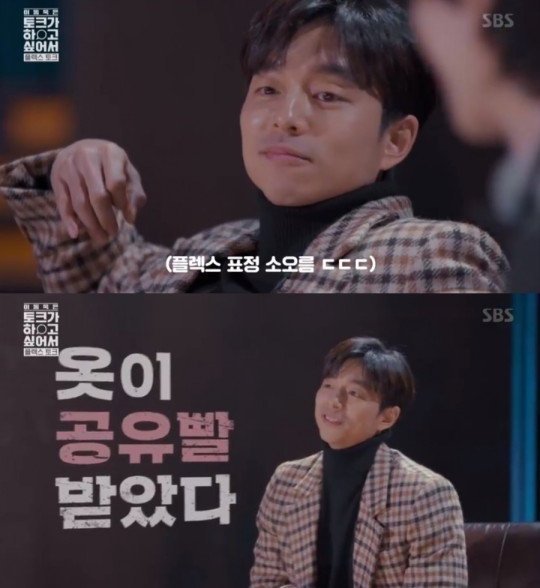 Gong Yoo also discussed his advertising revenues quite frankly. When Lee Dong-wook asked about a new beer brand that Gong Yoo has been involved in advertising Gong Yoo claimed that business was going very well, and that approximately ten bottles were sold every second. Or at least, as Gong Yoo clarified, something like that in the right circumstances,

Though the format was somewhat self-aggrandizing, fans were appreciative of the efforts, and impressed at the rapport Lee Dong-wook and Gong Yoo were quickly able to establish. The former "Goblin" co-stars did have the benefit of knowing each other and how to best play off each other's strengths. It remains to be seen whether Lee Dong-wook will be able to bring the same kind of magic to other guests.