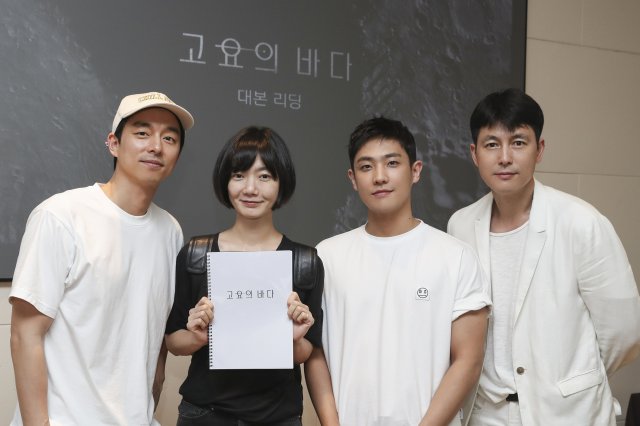 On September 8th Netflix officially confirmed that production on "The Silent Sea" had begun. The science fiction drama features Gong Yoo, Bae Doona, and Lee Joon in leading roles and is being managed by Jung Woo-sung in a producing capacity. The drama deals with a space mission to collect abandoned research samples from the moon.

Gong Yoo will be playing the role of team leader Han Yoon-jae. His priority is the safety and survival of the crew, being aware of a previous tragic accident involving the research sample's past. The role of the research doctor, named Song Ji-an, will be played by Bae Doona, who is seeking to expose the accident publically. Lee Joon will play Ryoo Tae-seok, an engineer with elite military training with his own reasons for volunteering for such a dangerous mission.

"The Silent Sea" will be the commercial debut of director Choi Hang-yong, who made the short film of the same title on which "The Silent Sea" is based. Park Eun-kyo, who was written the scripts for such films as "Mother - 2009" and "Welcome to the Guesthouse" will be in charge of screenwriting for "The Silent Sea". There is no current release window for the drama, although script readings being the most recently known stage of production.