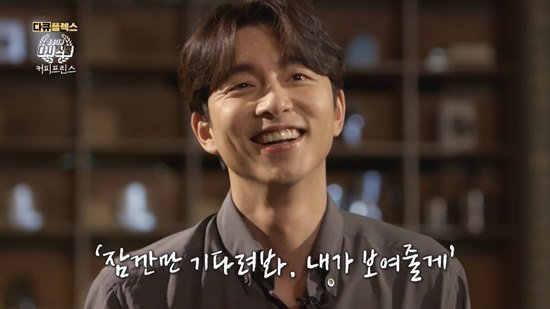 A recently aired television documentary about the popular drama "Coffee Prince" has drawn much attention from fans of the drama as the documentary has reunited the cast to discuss their experiences. Chief among these is Gong Yoo, the "Coffee Prince" cast member who has seen the most dramatic career elevation due to the project. Gong Yoo has had much to say about "Coffee Prince" looking back.

Gong Yoo described the experience as strange, as being similar to recalling one's first love. Gong Yoo discussed how he hesitated about appearing in the documentary in part because he was unsure how it would affect his memories of "Coffee Prince" going forward. Gong Yoo strongly denied any notion that he was embarrassed by the old role. Gong Yoo admitted that he was embarrassed by other dramas, but insisted that his acting in "Coffee Prince" was quite good and nothing to be ashamed of.

Gong Yoo contextualized this in part by discussing how "Coffee Prince" was his final drama before mandatory military service. Gong Yoo also noted how for some of the drama's more iconic scenes, he made sure to put his all into a kiss or a hug, feeling Yoon Eun-hye's character throughout his whole body. Yoon Eun-hye generally confirmed Gong Yoo's observations. Other actors also agreed with the generally personal feelings engendered by the drama.

Gong Yoo also discussed past and present at length with his former co-star Yoon Eun-hye. When the actress asked why Gong Yoo hadn't gotten married, Gong Yoo said that this wasn't deliberate he just hadn't had the time. Yoon Eun-hye also admitted that she also needed to make more effort in this regard, to which Gong Yoo responded by comparing Yoon Eun-hye to her character on "Coffee Prince", who chose studying overseas before love.

Gong Yoo also made a point of personally thanking Yoon Eun-hye, as he believes it was her character that truly made "Coffee Prince" the famous standout work it is now known as, stating that her enthusiasm filled him with humility enough to make him determined to better improve himself. Yoon Eun-hye nervously asked if he was joking. The "Coffee Prince" TV documentary is not yet finished, with the second part to air on October 1st on MBC.