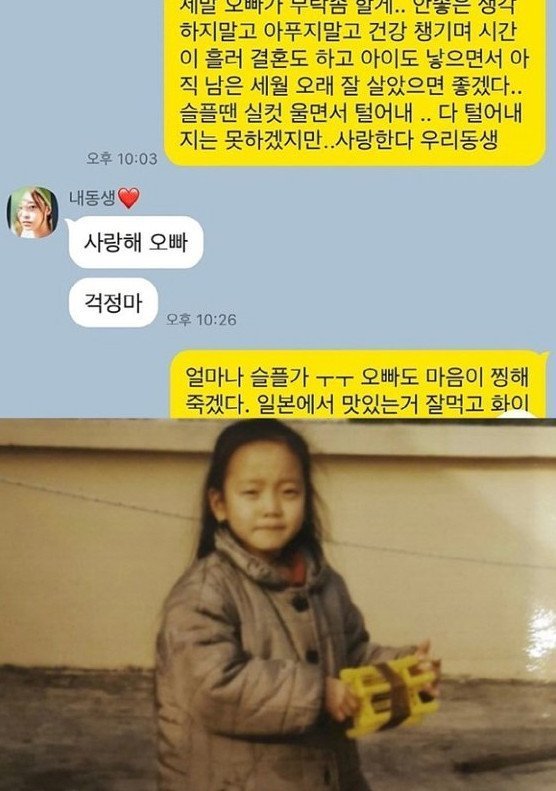 On November 27th Goo Ha-ra's older brother posted some Kakao messages he had exchanged with the late performer. He also explained the origin of the starlet's name, saying that it was a reference to Matthew 7:7- ask and it will be given to you; seek and you will find; knock and the door will be opened to you.

Specifically, it would seem that Goo Ha-ra was named after the middle section. 'Seek and you will find', with Goo Ha-ra's full name in Korean literally being a command, telling someone to find something. Childhood and personal photos of Goo Ha-ra are also included in the post.

The date of the conversation is not clear, but Goo Ha-ra's brother exhorts her not to think negative thoughts and to take care of her health. He writes that he wants to see her get married and have a child and live a long life, telling her that he loves her. Goo Ha-ra writes that she loves him too and he shouldn't worry. He expresses more concern, mentioning that he's sad, but tells Goo Ha-ra to eat well in Japan.

Goo Ha-ra died on November 24th from an apparent suicide. A private ceremony was held for her on November 27th at the Sky Castle Memorial Park in Seongnam.