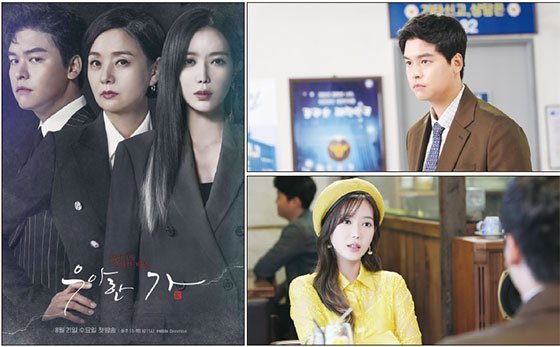 Dramas regarding family corporations have been out of fashion lately, and upstart cable dramas have also not done well. However, "Graceful Family" is quickly proving an exception to the rule, as the corporate themed drama from MBN and Dramamax is likely to beat 3% ratings this week.

"Graceful Family" owes much of this success to its unusual twist on the premise. The drama is about the technical means by which corporate secrets are battled over, rather than focusing on the personal reasons that motivate such battles. The lead characters are cast as the effective kingmakers of the company, because their focus on owner risk lets them see both the company's weaknesses, as well as the specific people responsible for them.

But for this gimmick there's also a good balance of mystery and melodrama. The lead character played by Im Soo-hyang is investigating the suspicious circumstances that led to her own mother's death. The cast in general also have excellent chemistry - they're all focused more on uncovering immediately relevant information and build camaraderie from this.