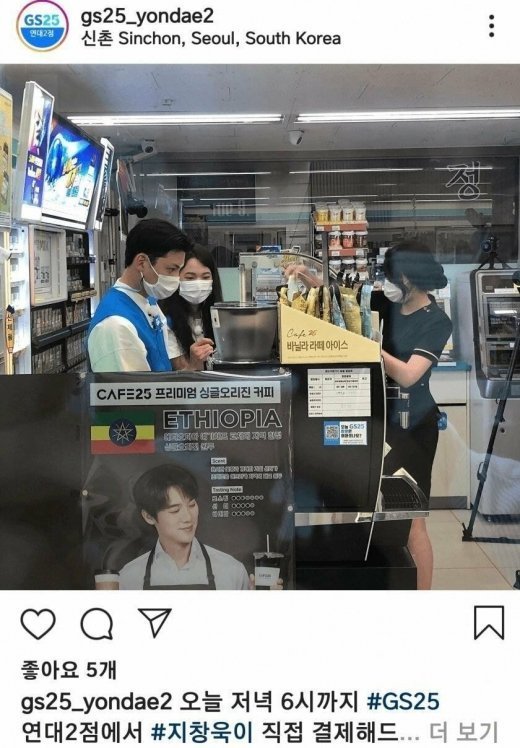 GS25 has apologized for their role in encouraging large numbers of Ji Chang-wook fans to gather in Sinchon, setting off a firestorm of criticism in the current COVID-19 centric environment. The event happened on August 3rd. Fans were promised that visitors to the GS25 convenience store labeled as Yondae 2 would have their transaction processed by Ji Chang-wook until six in the evening.

GS25 blamed in the incident on a mistake that was made by a common, unidentified employee, although the company emphasized they were still taking full blame for the event and were simply relaying the underlying cause. Over a thousand fans quickly gathered near the location as news of the event spread. The event was originally posted only by the Instagram account of the relevant GS25 franchise in Yondae, and probably was not expected to reach that many people.

The source of the issue appears to have been a misunderstanding as to why Ji Chang-wook was at the convenience store in question. He was doing marketing for GS25 as per his role on "Backstreet Rookie", where he plays a GS25 manager. Ji Chang-wook has done much promotional work as well as acting practice by working at real stores as a real employee. But these specific appearances are not intended as meet and greets with fans.