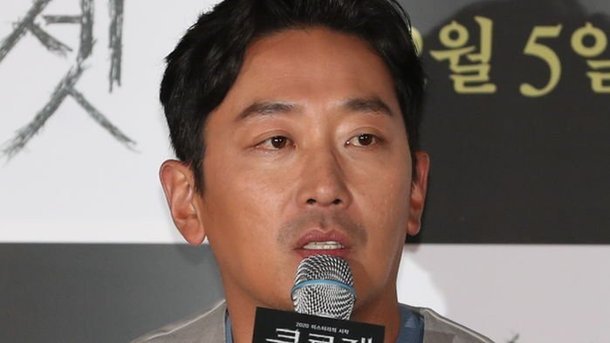 In a recent Star News interview Ha Jung-woo admitted to being the victim of phone hacking. Purportedly, Ha Jung-woo was blackmailed on December 2nd of last year, when the hacker sent Ha Jung-woo an old travel photo of his ex-girlfriend. Ha Jung-woo ended up deciding to report the incident to police on December 5th.

However, this did not stop the threats. Even as Ha Jung-woo changed numbers the hacker kept contacting Ha Jung-woo, to the actor's great astonishment. It became clear over the course of these contacts that the blackmailer also had the personal information of other celebrities, and also that they were being threatened as well.

What made these events particularly unpleasant was that Ha Jung-woo was doing promotional work for "Ashfall" that month and frequently in the public eye. Harassment by the blackmailer continued in this context. In the interview Ha Jung-woo mentions doing a Naver V-live event and receiving a text from the blackmailer saying that they were watching Ha Jung-woo.

Ha Jung-woo received word for the blackmailer that he would receive no more texts at the end of December. Ha Jung-woo described the overall experience as a hellish ordeal. But throughout Ha Jung-woo chose to cooperate with police and eventually two persons connected with the case were arrested last March. They were apprehended with the assistance of Chinese security officials in part thanks to forensic evidence obtained from Ha Jung-woo's phone.

Several celebrities were involved in this hacking blackmail scheme last year, with Ju Jin-mo being the one to suffer the main misfortune of widely spread leaks. Ha Jung-woo also had to deal with a new round of Propofol rumors based on personal conversations with his doctor that appeared in his own phone.

"[HanCinema's News] Ha Jung-woo Admits to Being the Victim of a Phone Hack"
by HanCinema is licensed under a Creative Commons Attribution-Share Alike 3.0 Unported License.