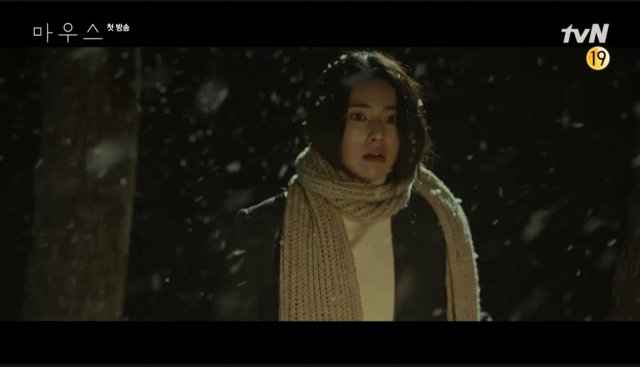 The new actress Ha Young made an appearance in "Mouse" in the serial killer drama's first episode. Unluckily for her character, she was playing Song Soo-jeong, a victim of the murderer. In the drama, Soo-jeong has to go home to pick up a present for her younger sibling. Due to the snow, she is forced to abandon her taxi and walk down a dark alleyway.

In a curious demonstration of the killer's technique, we see that Soo-jeong is lured in by a girl asking for help in regards to her father, who was injured in a car accident. Soo-jeong does not see the danger, and becomes the victim of The Headhunter who leaves behind corpses with no heads. Her body is discovered the next day.

Ha Young is a new actress who already has several named minor roles to her credit. Her most recent one was in "Royal Secret Agent" which ended about a month ago. Her other credits include "Doctor Prisoner", "Fix You", "Lonely Enough to Love", and "Private Lives". "Mouse" airs on Wednesdays and Thursdays on tvN.