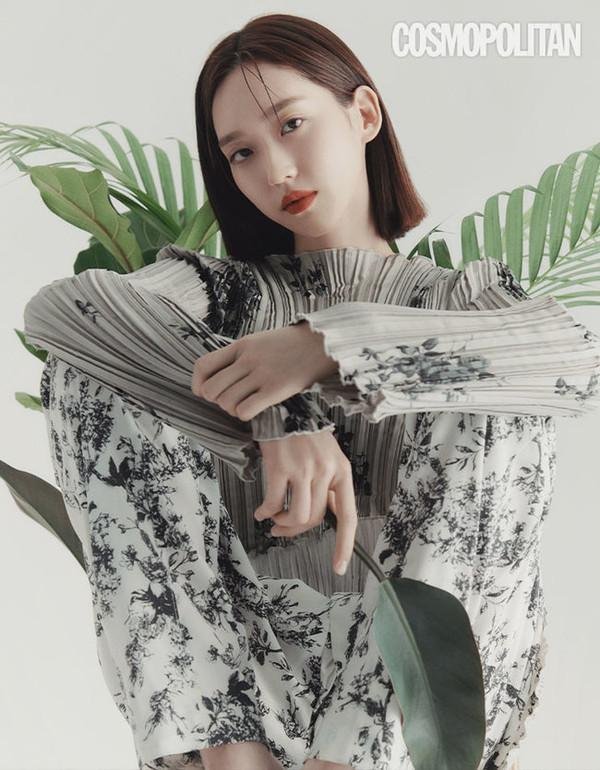 On March 26th Cosmpolitan Korea released stills from a plant-filmed photoshoot featuring "The Penthouse 2" actress Han Ji-hyun. In "The Penthouse 2" Han Ji-hyun plays the teenage daughter of the chief villain played by Uhm Ki-joon. Her character is repugnant in her own way, but has come to represent the family's increasingly twisted dynamic with the daughter coming to find her father an increasingly repulsive and despicable man for reasons of varying sympathy. 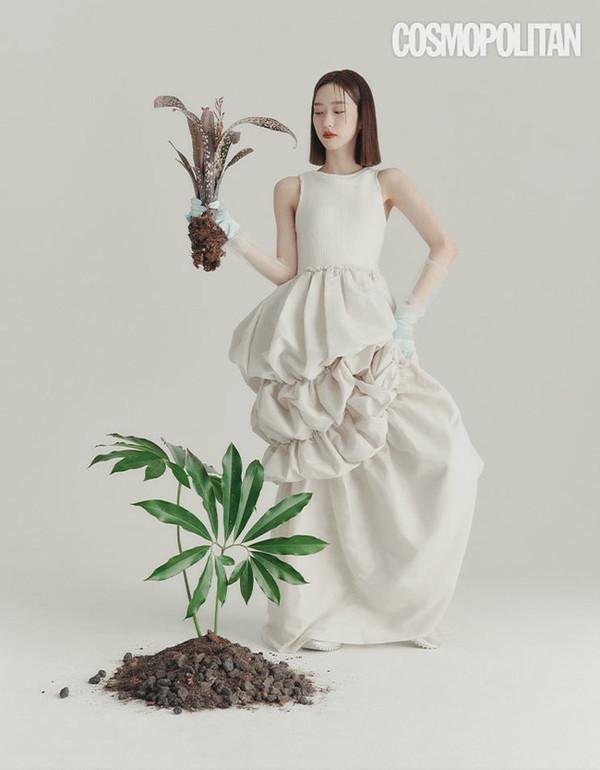 In the interview attached with the photoshoot, Han Ji-hyun discusses this ambiguity in her performance. Purportedly she contrasts her character's poor personality with a childlike brightness. According to Han Ji-hyun, her real life expressions are close to that of her character only in her happier moments, where she expresses happiness or joy over some subject or other. Han Ji-hyun claims to prefer nicer roles in general, but admitted she appreciated the challenge of her current character.

For future roles, Han Ji-hyun expressed an interest in historical dramas, particularly authoritative roles such as that of a royal consort. Han Ji-hyun turned twenty-five this past March 21st, and her improved profile from "The Penthouse" has led to much interest from fans regarding her next project. Han Ji-hyun has been confirmed for a minor role in the upcoming blockbuster "SEOBOK" but has no confirmed upcoming work. Her full Cosmpolitan photoshoot will appear in the April issue.