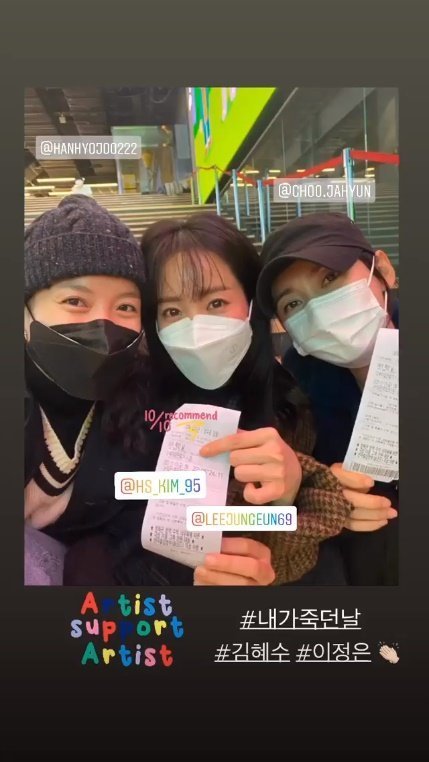 Actress Han Ji-min recently made an online social media post featuring Han Hyo-joo and Choo Ja-hyun. The three actresses are all clad in safety masks, brandishing receipts they had purchased for the recently premiered movie "The Day I Died: Unclosed Case". The three of them, who are friends, appear to have watched the movie together.

The text accompanying the post specifically calls out Kim Hye-soo and Lee Jung-eun. Overall post, which reads Artist Support Artist in the picture, appears to be expressing the idea that older actresses should be looking out for one another. Han Ji-min herself has an upcoming film with "Josee" which will be released on December 10th.