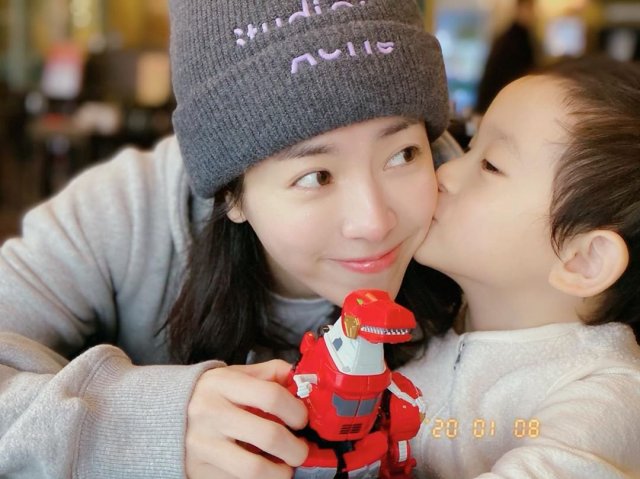 On January 8th Han Ji-min caused a minor surge of interest on Instagram by posting a picture of herself being kissed affectionately by her young nephew.

Han Ji-min last appeared in the romantic drama "One Spring Night" earlier this year. She won the Grand Prize at the SBS Drama Awards for her performance there in the leading role. Han Ji-min is currently filming "Josee", a remake of the Japanese film 'Josee, the Tiger and the Fish", that is expected to see a domestic release sometime this year.