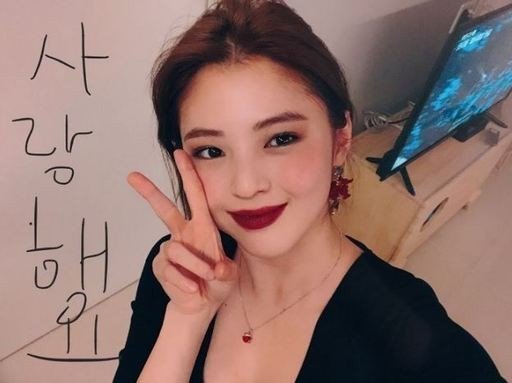 Han So-hee recently surprised her fans on Kakao by making a personal visit to a pictures-only chat room dedicated to her. Han So-hee was identified in the chat room by her personal blog handle junk, and provided further proof of her identity in the form of personal selfies, which she provided to the chat group by request.

Han So-hee learned of the existence of the chat room due to comments on her Instagram account. She thanked the relevant people involved for making it. Han So-hee expressed hope that the people involved would have a good day and be in good health and also that they would be able to work through whatever problems they may be having in life. 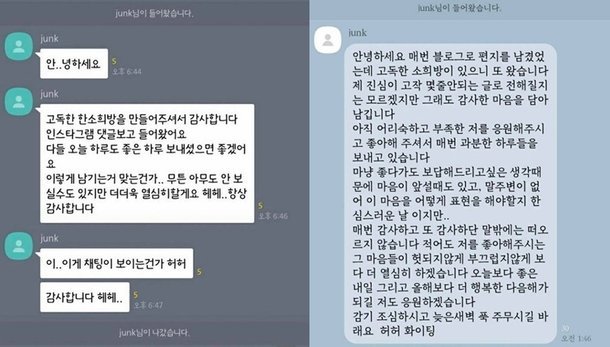 Han So-hee also expressed humility, describing herself as still feeling insufficient in terms of her acting output, but thankful all the same for the support of her fans. Han So-hee also confessed that it felt pathetic for her to address fans in a Kakao chat room directly as she was, but couldn't think of any better way to directly express her appreciation.