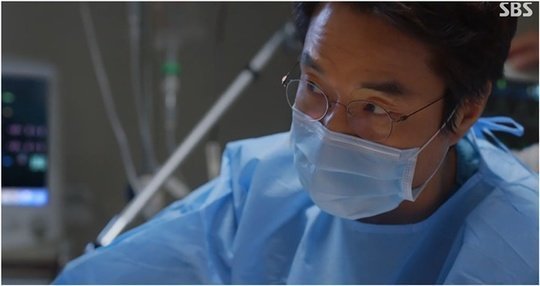 One of the major factors behind the success of "Dr. Romantic" was the charismatic performance of Han Suk-kyu in the title role. While Han Suk-kyu has reprised this role as expected in "Dr. Romantic 2" the actor's short screentime in his own drama has started to puzzle fans.

The third episode marked an especially low point for the actor, as he only appeared on camera for fifteen minutes in the sixty-three minute episode.

The issue was observed from the first episode, but in that case was given a wide latitude because "Dr. Romantic 2" was introducing a large number of new cast members. Doctor Kim himself was already an implied known quantity. But even with basic character exposition now out of the way, the drama has shown itself prone to sidebars and flashbacks that do not involve the lead character. This has led to questions of whether he can really be said to be the main character at all.

For this apparent shortcoming, "Dr. Romantic 2" maintained ratings above 17% throughout its second week. Though "Dr. Romantic 2" has been fairly unsubtly promoted as a sequel series, new characters and conflicts have still proven engaging enough to encourage a strong response from viewers.