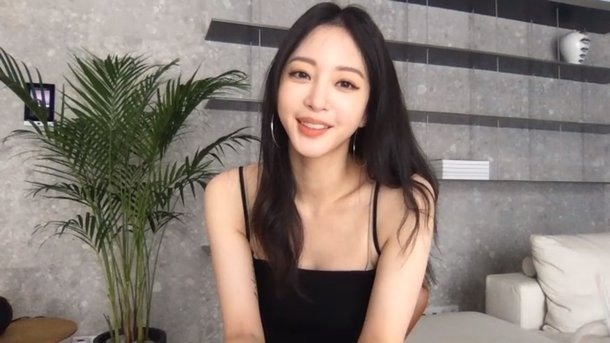 Actress Han Ye-seul recently released a one year anniversary video for her YouTube channel. Han Ye-seul has been reasonably popular on the platform, having over eight hundred thousand subscribers. Additionally, most of the videos on her channel have English subtitles, although the anniversary video isn't one of them, as it was aired live with responses to viewer questions and was not preproduced.

Among the questions asked was whether Han Ye-seul has a boyfriend. Han Ye-seul answered in the negative, stating that her ideal type is always changing, although lately she's more attracted to the romantic type, describing herself as a slave to her heart and hormones. The main constant in Han Ye-seul's ideal type is that she wants a simple, pure-hearted friend. Han Ye-seul was also frank that she didn't like the idea of not getting married, though she was being careful so as to avoid being hurt.

In terms of dramas Han Ye-seul said that her longest lasting impression personally was from "Fantastic Couple", as she was quite proud of her work there. In terms of newer dramas, Han Ye-seul acknowledged that her last major role was in "The Big Issue" from May of 2019. Han Ye-seul stated that she wanted her next role to be as a villain or a psychopath, or possibly a sexy ghost. This may partially explain her lack of recent work, as such roles go against her general branding.

Han Ye-seul also announced that she would be taking a break from her YouTube channel. Over the last year she had produced sixty-three videos. Han Ye-seul did not give an estimated time for her return, but did promise that she would be doing her best to research ways to produce new content for fans.

"[HanCinema's News] Han Ye-seul Claims Not to Have Boyfriend in One Year Anniversary YouTube Video"
by HanCinema is licensed under a Creative Commons Attribution-Share Alike 3.0 Unported License.