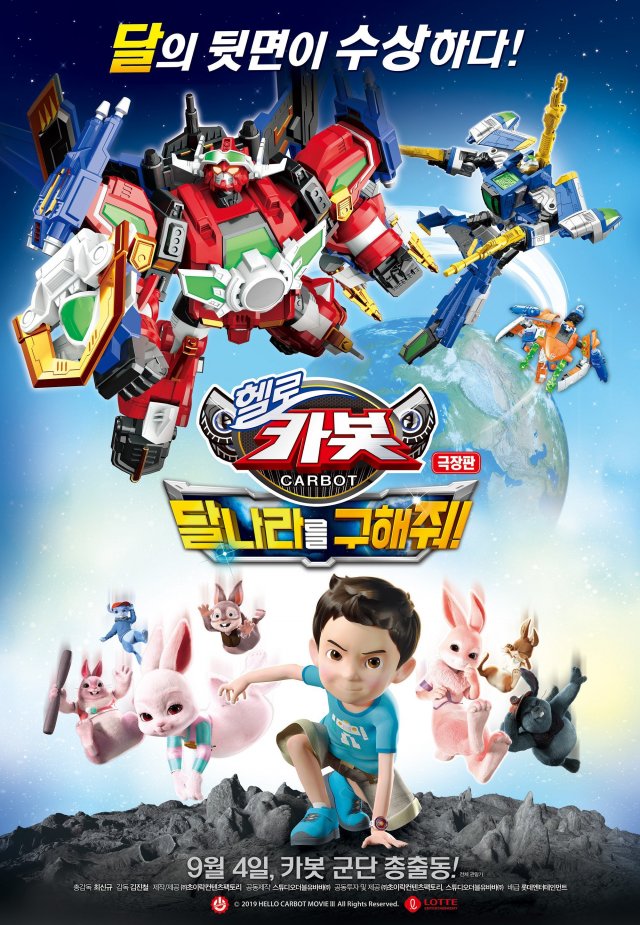 In the week before the three major releases on Korean Thanksgiving weekend the box office has been surprisingly quiet. So it is that "Hello Carbot the Movie: Save the Moon" has had a dominating presence on ticket reservation sites, nearly toppling a major Hollywood release on its way to three hundred thousand admissions.

With three theatrical releases in the last fourteen months, the Hello Carbot brand may seem to be going overboard. However, much like the television show, the movies are mainly popular by petition via on-demand services. As the franchise is primarily geared around selling toys, even weak performances are typically worth the investment.