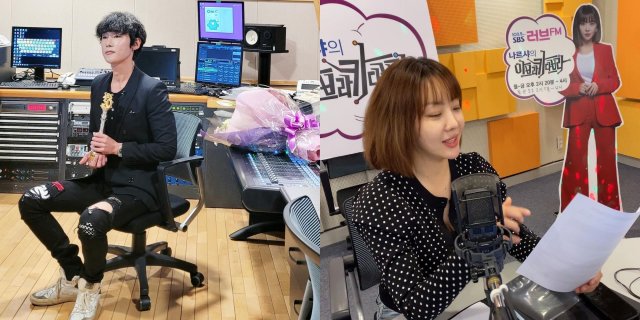 On December 28th SBS radio personality Heo Ji-woong announced via Instagram that he had tested negative for COVID-19. On the same day Narsha who is herself also a radio personality for SBS stated on her own Instagram account that she too had tested negative for the virus. The tests were prompted by a guest at an SBS Radio program who tested positive for the virus. The identity of this guest as well as which program they appeared on was not disclosed.

In the extended statement Heo Ji-woong made note of how exhausted the medical staff looked when he took his test. Heo Ji-woong praised the tireless work of such personnel, and wrote that seeing it made him feel that he could endure comparative inconveniences until the virus is vanquished. Narsha echoed this sentiment, and encouraged followers to stay home if at all possible this holiday season.

Two guests on SBS radio programs, one from the program helmed by Lee Sook-young and the other from the program led by Kim Young-chul-I have tested positive for the virus though they were asymptomatic. Though Kim Young-chul-I himself received a negative test he has voluntarily self-isolated due to the incident. The four radio programs mentioned cover a wide variety of timeslots, from early morning to mid-afternoon on both SBS Love FM and SBS Power FM.