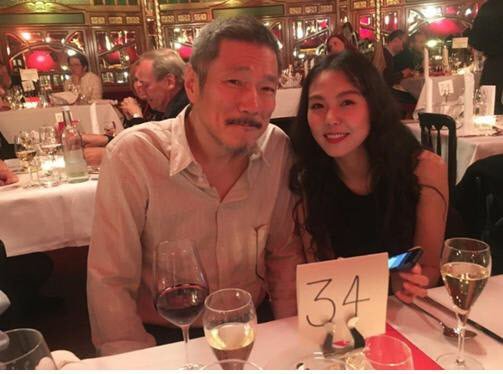 Two weeks ago director Hong Sang-soo and his leading lady Kim Min-hee scored a big win at the Berlin International Film Festival, the third for the pair in the last four years. Kim Min-hee won best actress for "On the Beach at Night Alone" back in 2017. Hong Sang-soo won the Silver Bear for best screenplay for "The Woman Who Ran" last year. And now with this year's "INTRODUCTION" Hong Sang-soo now has back-to-back Silver Bear honors to his credit.

The news has resulted in an outpouring of interest for the two, who remain the subject of some controversy due to the manner in which Hong Sang-soo left his wife to be together with Kim Min-hee. The two of them have been confirmed as living together in the city of Hanam. Residents in the area report that they have seen the pair in public, though not recently, and that the pair is quite private. They tend to avoid people.

The regression of the two from the public eye has taken on somewhat infamous proportions, given the former outspokenness of the relationship. This resulted in a big surprise win for "INTRODUCTION" at the Berlin International Film Festival, a movie which Hong Sang-soo himself claimed he didn't have high expectations for. South Koreans in general were not aware of the film's existence until its victory, as the movie does not yet even have an estimated domestic release window.

"[HanCinema's News] Hong Sang-soo and Kim Min-hee Back in the Spotlight Thanks to "INTRODUCTION""
by HanCinema is licensed under a Creative Commons Attribution-Share Alike 3.0 Unported License.