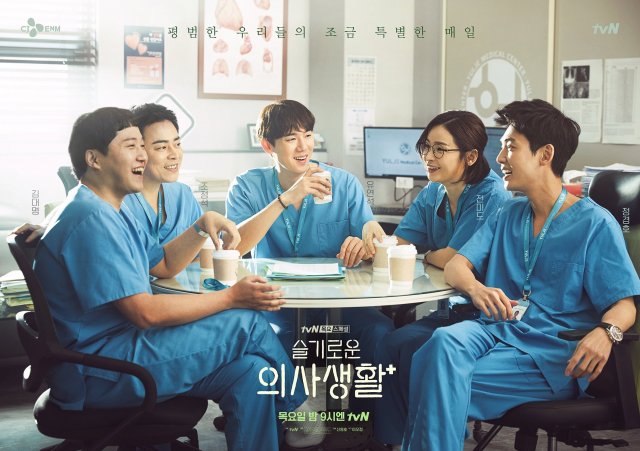 Expectations were high for "Hospital Playlist" since it was first announced. The socially oriented medical drama came from the same production team responsible for the popular 'Answer Me' dramas as well as "Prison Playbook". After five episodes over five weeks "Hospital Playlist" has shown excellent staying power, rising from its initial 6.3% rating all the way up to 11.3%, easily winning its timeslot all five Thursdays.

While medical dramas are reasonably popular, typically they focused on ethical decisions, internal hospital politics and a dynamic lead character to direct most of the conflict. "Hospital Playlist" is a notable departure from the formula, as it takes place in a relatively unremarkable setting and features far more romantic and comic elements than are usually seen in the drama.

Director Sin Won-ho has described that the production team hopes that "Hospital Playlist" could function as an entirely new drama model which could be replicated for future reference. It's unclear whether he was referring to the possibility of "Hospital Playlist" getting more seasons or their possibly being able to make another series with the same concept. In any case, "Hospital Playlist" has certainly met expectations. Now what's left is to see whether it can exceed them.