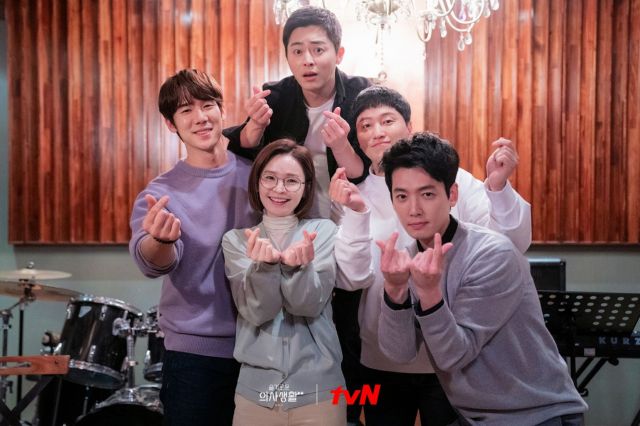 One of the most highly requested second seasons of any K-Drama ever was that of "Hospital Playlist". Having achieved some of the highest viewership ratings in the first season, the drama recently returned with a second season that delves deeper into the intricacies of the multifaceted webs of relationships that the characters are involved in.Needless to say, viewers did not see much of it coming.

Fans fell in love with the bright and beautiful group of friends in the medical world who navigated the complexities of their own lives while saving countless others in their professional capacity. The first season was filled to the brim with some heart-warming and incredibly human stories that tugged at our heartstrings. However,when it comes to the main cast, Lee Ik-joon (Cho Jung-seok), Ahn Jeong-won (Yoo Yeon-seok), Kim Joon-wan (Jung Kyung-ho), Yang Seok-hyeong (Kim Dae-myung) and Chae Song-hwa (Jeon Mi-do), throughout the season, all we do is get to know these people just enough for us to be engaged with their narratives and identify with their emotions. However, by the end of it, we're completely drawn in and invested in their lives. "Hospital Playlist" ends on a brilliant note that leaves us wanting more. At the same time, it makes our expectations sky-high as we wait for the resolution of the multiple conflicts that are raised by the first season. 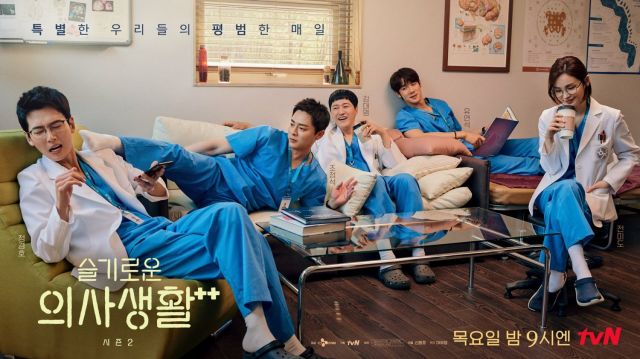 Needless to say, "Hospital Playlist" is the finest slice-of-life drama to have come out of the Korean entertainment industry since perhaps the "Answer Me" series. Coming from the same creators, it carries over the trademark essences of the significance of friendship, love and togetherness. The first season is the perfect blend of medical drama and situational comedy. The tinges of romance are evident and yet deliberately left undeveloped. With so many ends loose, "Hospital Playlist Season 2" had high expectations to live up to. Needless to say, it delivers. However, fans may be quick to realise that the roots of the world of "Hospital Playlist" go deeper than what we could've imagined. 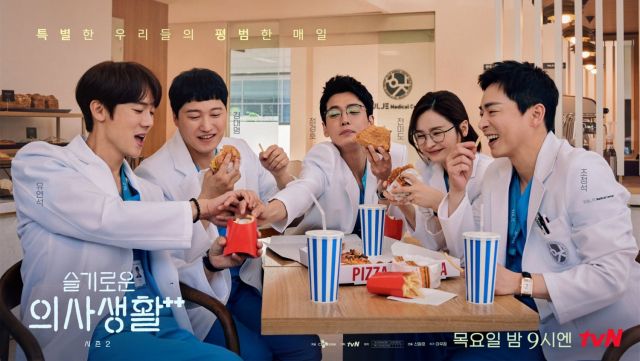 In "Hospital Playlist Season 2", the glimpses we previously got into our favourite characters' lives transform into fully fledged cinematic devices to further the idea that human beings are far more complex than they appear to be. Each person is not just a character, they're an entire universe, carrying stories, feelings, unfulfilled dreams and wishes, regrets and more. Sticking to its original breed of comedy, we get some incredibly funny scenes but it does not occupy the centre of the narrative anymore. What we're given is a very real portrayal of life for a couple of forty-somethings who have it just as much figured out as the rest of us. Curveballs may be disturbing to an audience because they break patterns but unpredictability and change are essential components of evolution. We're thus given the scope to connect with our beloved characters on a deeper level and explore the dark parts of their psyche that were otherwise kept hidden in the first season.

The second season might not be bursting at the seams with moments of unhindered humour but it is certainly a more mature and significant look into a reality that goes beyond the script for a comedic medical drama. At this point, the viewer is not committed to the genre but to the characters.So, while you wonder why (Spoiler Alert!) Ik-soon fell out of love with Joon-wan (or did she?) or why we're being shown the awkward side of Seok-hyeong's first marriage, think about the time you've spent with these characters and it'll surely help you understand why you're on this journey with them as they continue on their pursuit of happiness. Until then, don't forget to tune in to "Hospital Playlist Season 2" every Thursday.